Lewis Hamilton got the chance to celebrate Mercedes’s fifth consecutive constructors championship from the top step of the podium, but it was pure luck that he took home the winners trophy.

The race win justly belonged to Max Verstappen after Red Bull Racing beautifully judged his strategy, but a moment of madness by Esteban Ocon as he attempted to unlap himself saw the two come together in a crash at turn two, losing the Dutchman his lead and leaving him unable to recover thanks to floor damage. 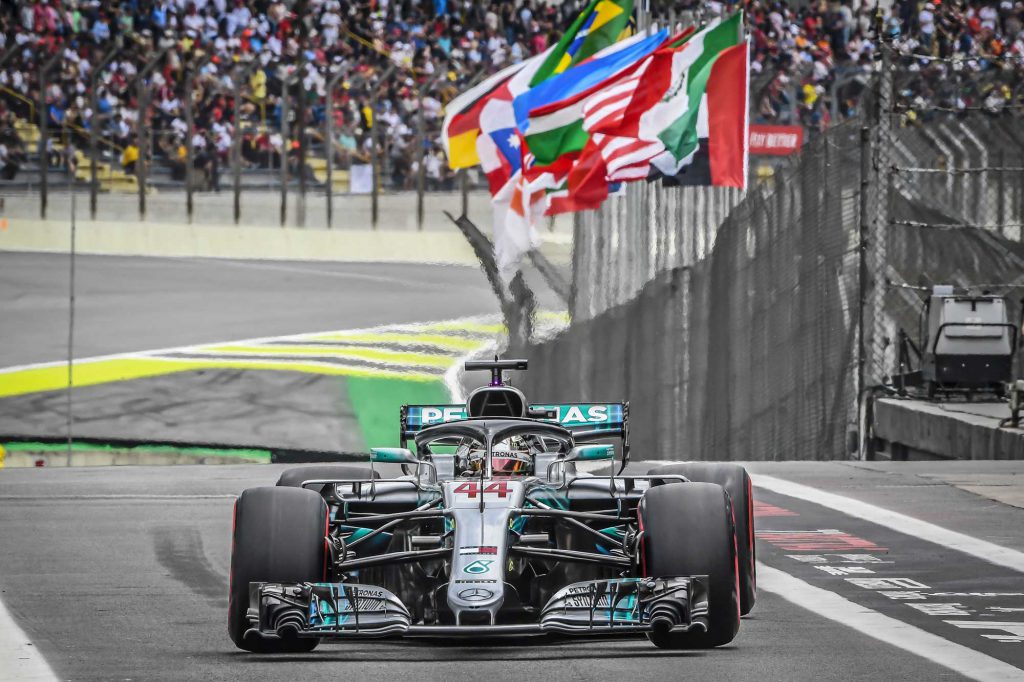 Though the Hamilton-Mercedes championship double has long been something of an inevitability, the German marque has struggled significantly in recent races with tyre wear, the nadir being Hamilton’s 78-second defeat in Mexico City two weeks ago.

Ferrari, on the other hand, had rediscovered its mojo just as Mercedes had lost its own, and though winning the constructors title remained a long shot, the Italians could force the fight one more round if it could outscore the Silver Arrows by 13 points.

The intrigue of the weekend was therefore whether Mercedes’s famed self-analytical ability would be enough to reverse its competitive decline in the intervening time since Mexico or whether Ferrari could keep it honest. The answer was inconclusive — perhaps because the question hadn’t taken Red Bull Racing into account.

The Milton Keynes-based team played down the chances of dominant Mexico repeat. Though Interlagos is a high-altitude track, it isn’t nearly high enough to create the unique conditions that delivered it victory two weeks ago. What it didn’t expect, however, was for its tyre usage to be so much better than that of Mercedes and Ferrari that it didn’t matter anyway. 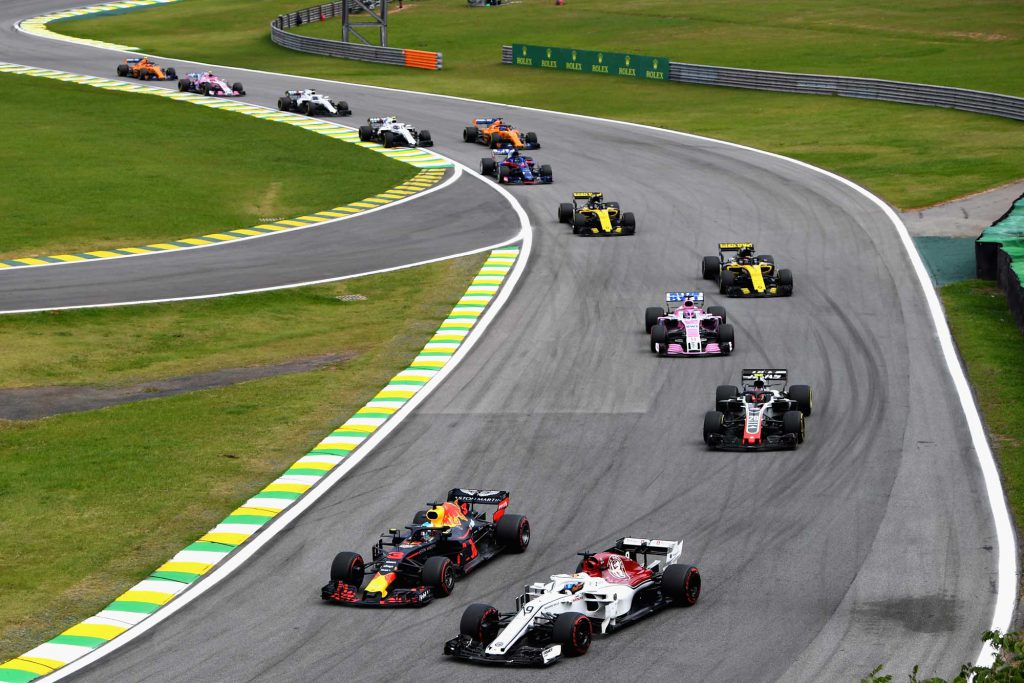 Blistering on the supersoft — the softest compounds of Pirelli’s range comprising the medium, soft and supersoft tyres — during practice made starting the race on softs attractive, but Ferrari was the only team brave enough to attempt its first Q2 lap on the durable rubber. Mercedes and RBR both considered it, but the threat of imminent rain made it too great a risk in their opinion, handing what was thought to be a sizable advantage to the Scuderia.

The soft traded start-line grip for flexibility, however, and that proved to have far greater sway in Ferrari’s result, with both Vettel and Kimi Raikkonen struggling early in the race while those on supersofts excelled.

Truthfully the decisive moment of the race was Ocon’s lap-44 crash with Verstappen, depriving the Dutchman of what should have been a comfortable race win, but in the context of Verstappen powering into the lead of the first place, the grand prix pivoted on Hamilton’s lap-19 stop for fresh medium tyres. 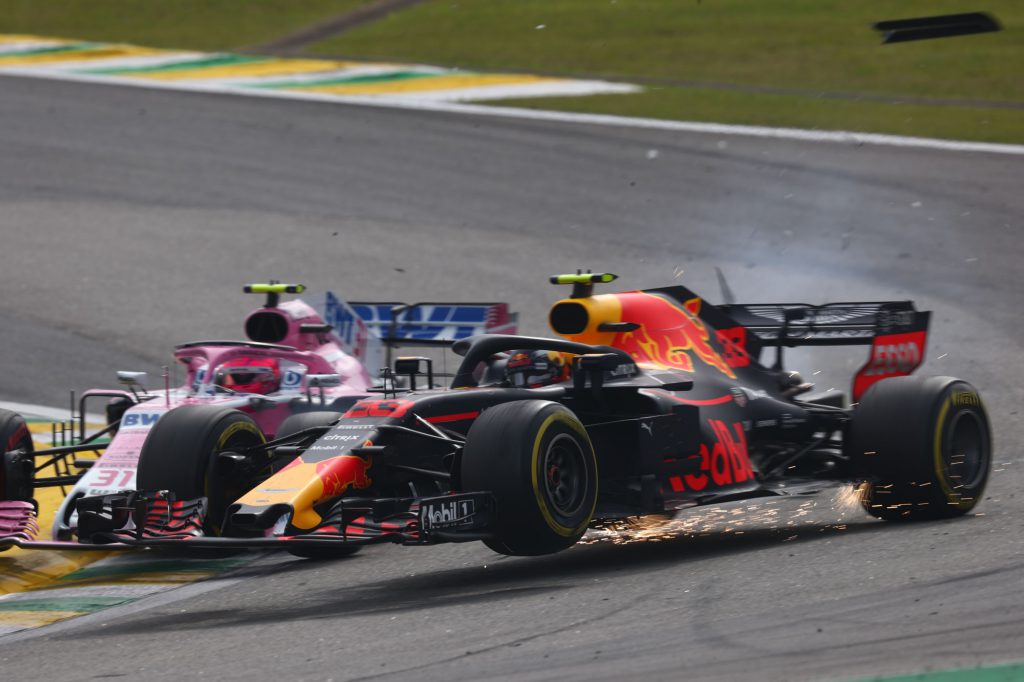 Hamilton was already suffering from blistering when Mercedes decided to switch to engage a 51-lap stint on mediums at least five laps ahead of Pirelli’s forecast pit window, hoping the fresh-tyre advantage would be enough to cover Verstappen’s stop, which was expected to come in the next 10 laps at maximum.

However, Red Bull Racing’s superb tyre usage turned the strategy model on its head. Verstappen ran to lap 35 — Ricciardo went even further, to lap 39 — with little drop-off in pace, which allowed both to switch straight to the soft-compound tyre for an aggressive final stint.

Verstappen emerged from the pits on lap 36 just 2.5 seconds behind Hamilton and easily passed the Briton with his grippier rubber on lap 40. He was almost four seconds up the found four laps later when he was hit by Ocon.

Hamilton protested that he still had life in his supersofts before his pit stop, but even so, Mercedes clearly had far inferior tyre wear compared to Red Bull Racing such that a 35-lap opening stint would’ve been unlikely in the extreme, meaning Verstappen was always in the box seat once he was up to second place.

Vettel was considered favourite for victory by Mercedes thanks to his soft-compound tyre and P2 grid spot, but Ferrari’s pace was only lukewarm. Vettel had a so-so start, in part thanks to the lack of grip on the more durable tyre, and both he and Raikkonen struggled for the first 10 laps to extract much pace from the rubber relative to their supersoft-shod rivals.

Vettel admitted afterwards that Ferrari had overestimated the severity of wear on supersofts, meaning its tyre advantage was substantially reduced. The German also suffered sensor problems that meant he was unable to race aggressively, a mitigating factor for him finishing three places behind his teammate.

Raikkonen, to be fair to the Finn, had a solid race after the opening stint, eventually muscling his way past Valtteri Bottas on lap 44 and then defending steadfastly against Daniel Ricciardo despite the Australian running the fastest strategy. 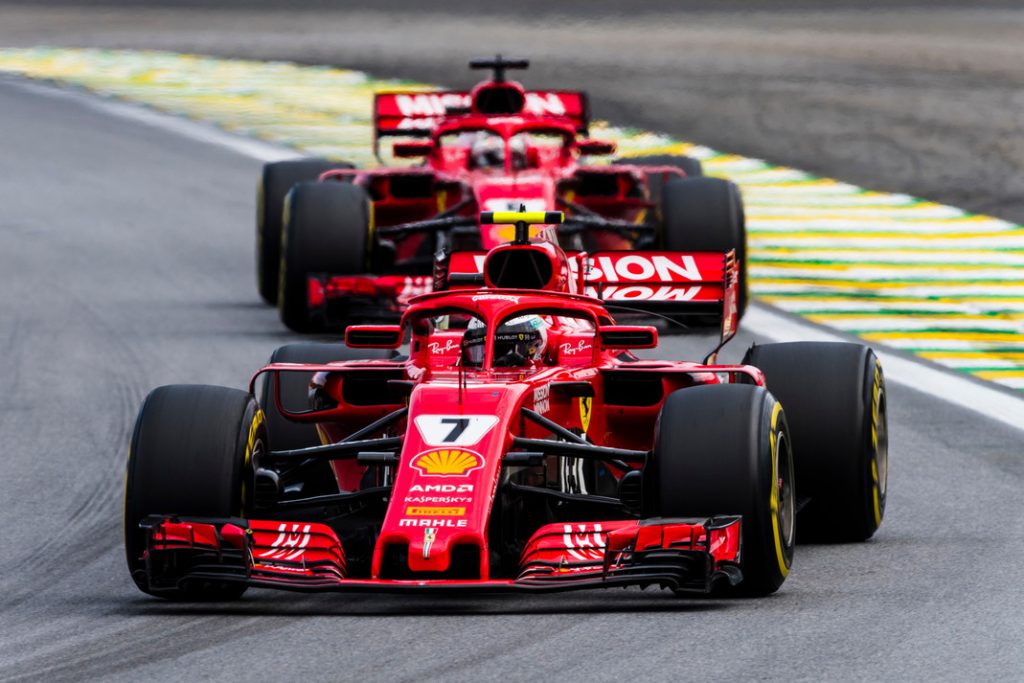 In the latest chapter in strained relationships at Toro Rosso, Pierre Gasly admitted to ignoring team orders to let teammate Brendon Hartley past for around eight laps at the end of the race despite the two running different strategies.

Gasly spent most of the race out of the points after starting ninth on the supersoft tyre, whereas Hartley started on the mediums from P16 and made steady progress throughout the grand prix, rising to P11 before his first stop.

The Kiwi switched to the supersofts on lap 49, dropping behind his teammate, and despite having stronger pace and being less than two seconds behind the Frenchman for the final 10 laps, Gasly refused to yield, pointing out that Sergio Perez in 10th was too far up the road to be caught.

Hartley eventually got by with two laps remaining, as did Carlos Sainz, though Gasly says it’s only because he was running out of fuel that he ceded the two places. 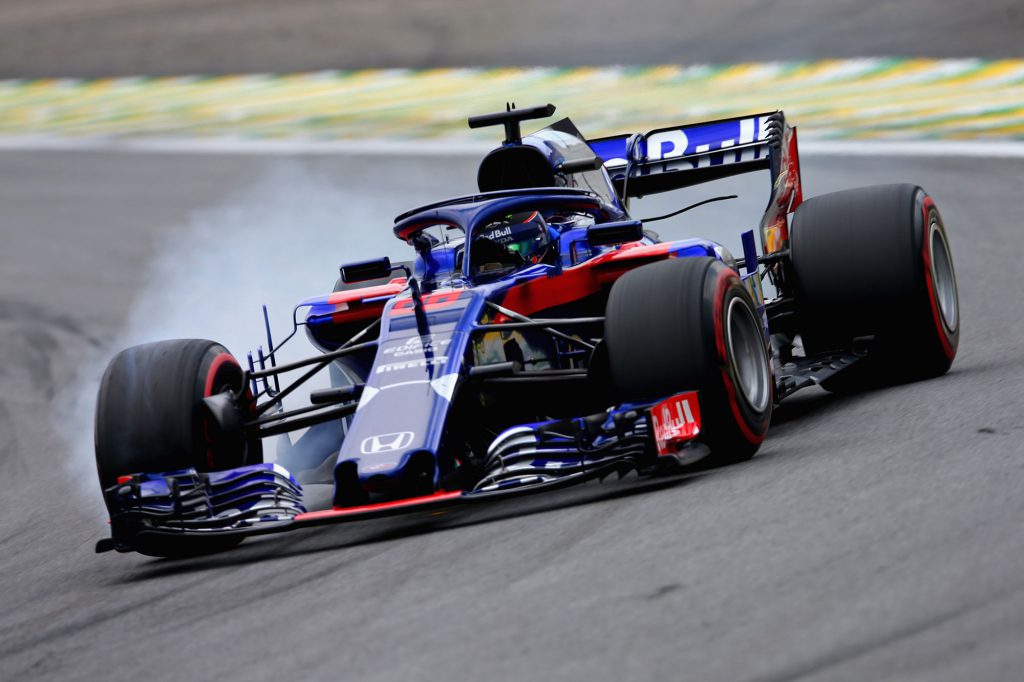 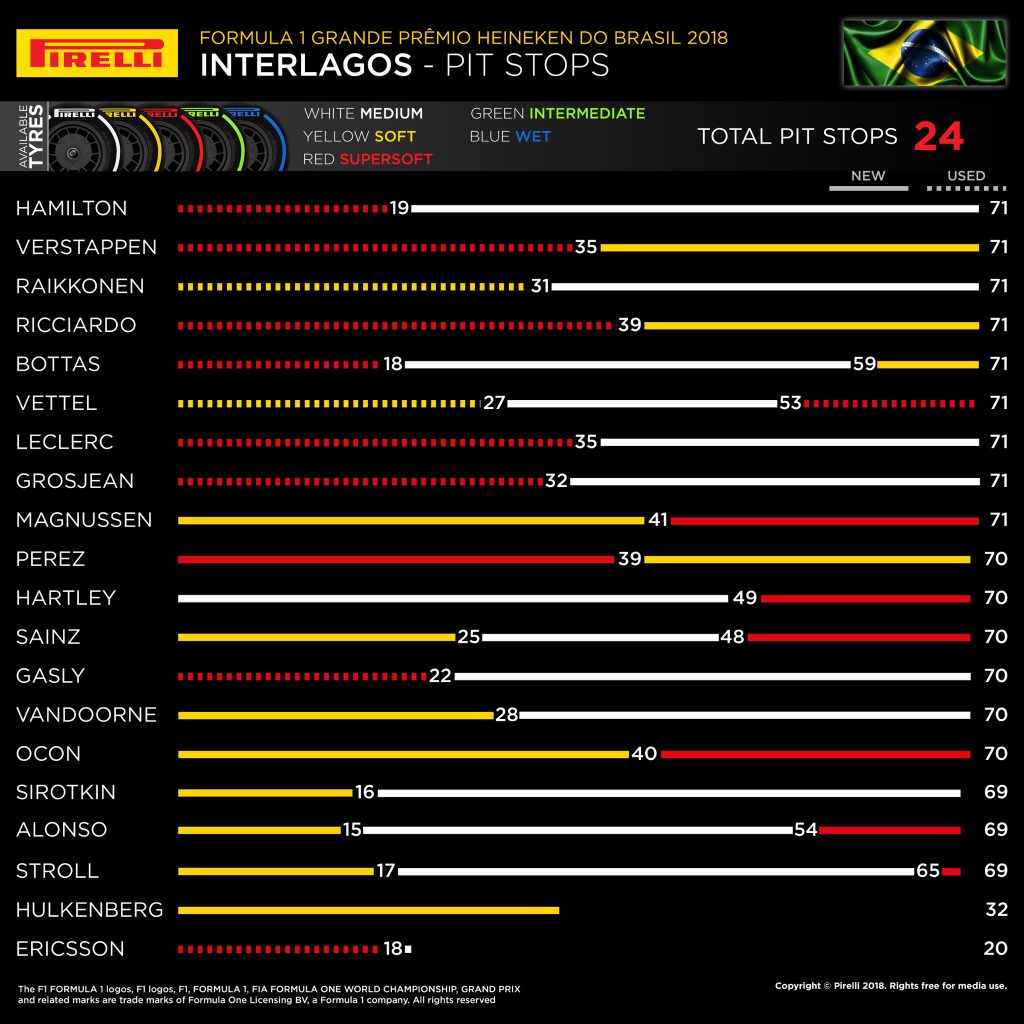 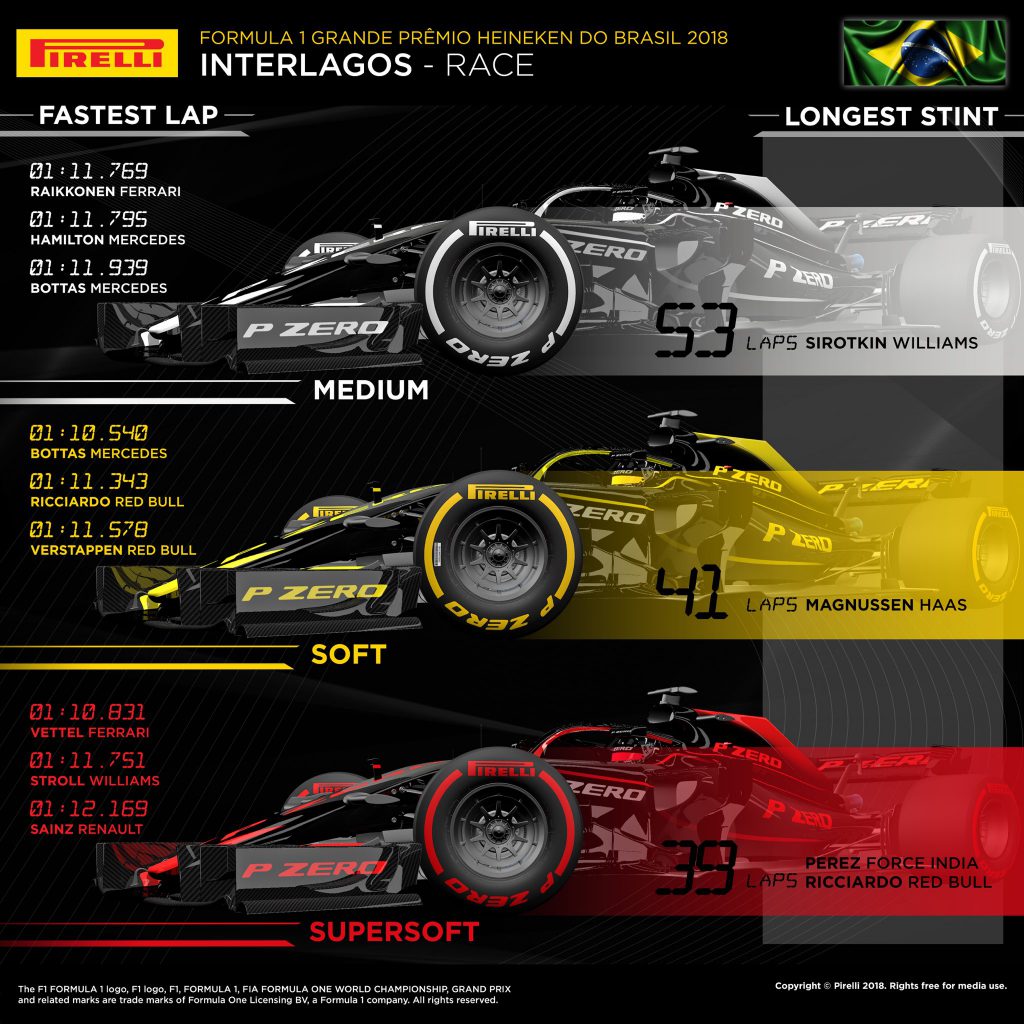 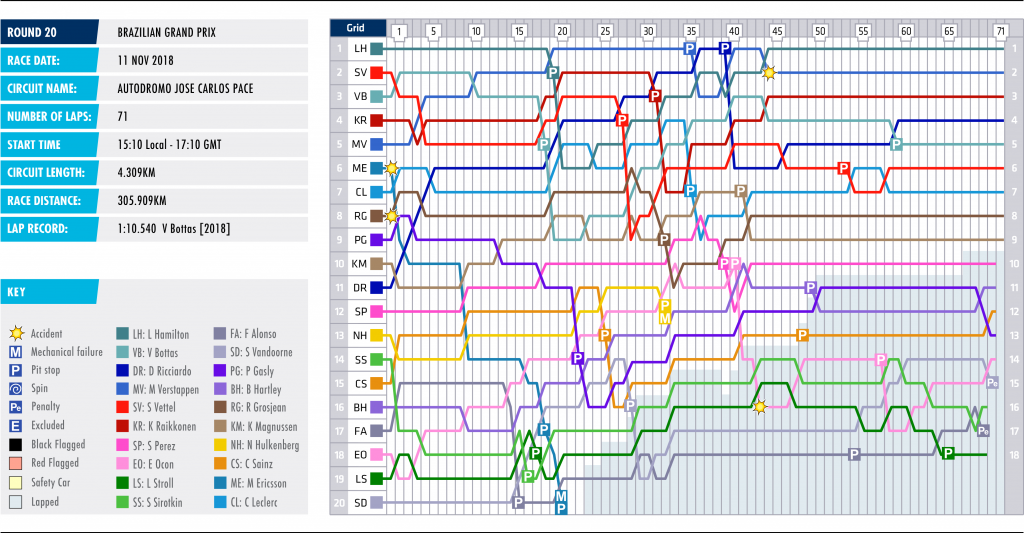