Sebastian Vettel recorded a crucial win at the Circuit de Spa-Francorchamps, breaking Mercedes’s stranglehold on the Belgian race and trimming his championship deficit to Lewis Hamilton down to 17 points.

The vanquished Hamilton lamented that he was powerless to repel the resurgent Vettel despite starting from pole position, and the Briton called on his team to find more engine power or greater chassis performance to overcome Ferrari’s confident pace advantage at the head of the field. 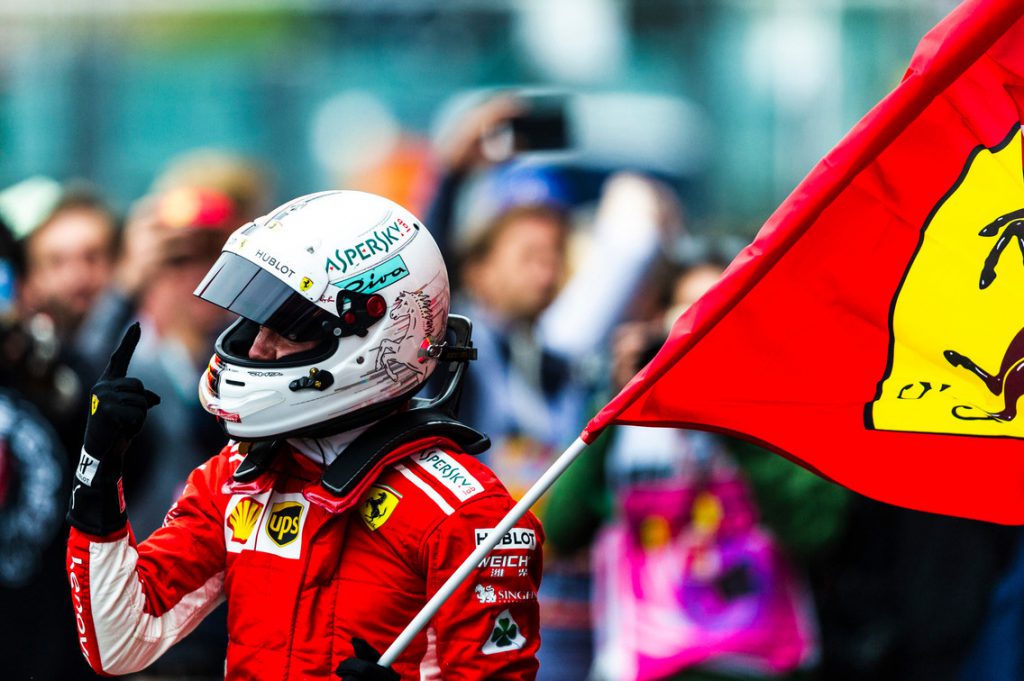 Ferrari arrived at the Belgian Grand Prix knowing it had been a Mercedes fortress since the introduction of the 2014 turbo-hybrid power unit regulations. The Silver Arrows was peerless at the flat-our circuit, owning all four pole positions and winning all bar the 2014 race, which it gifted to Red Bull Racing’s Daniel Ricciardo after Nico Rosberg and Lewis Hamilton crashed into each other on the second lap.

Mercedes brought its third and final power unit upgrade to Spa in an attempt to maintain its streak, but so too did Ferrari bring an updated engine. The Italian team dominated free practice, suggesting it had kept its nose ahead in the power stakes, and it exhibited superior long-run pace to boot. 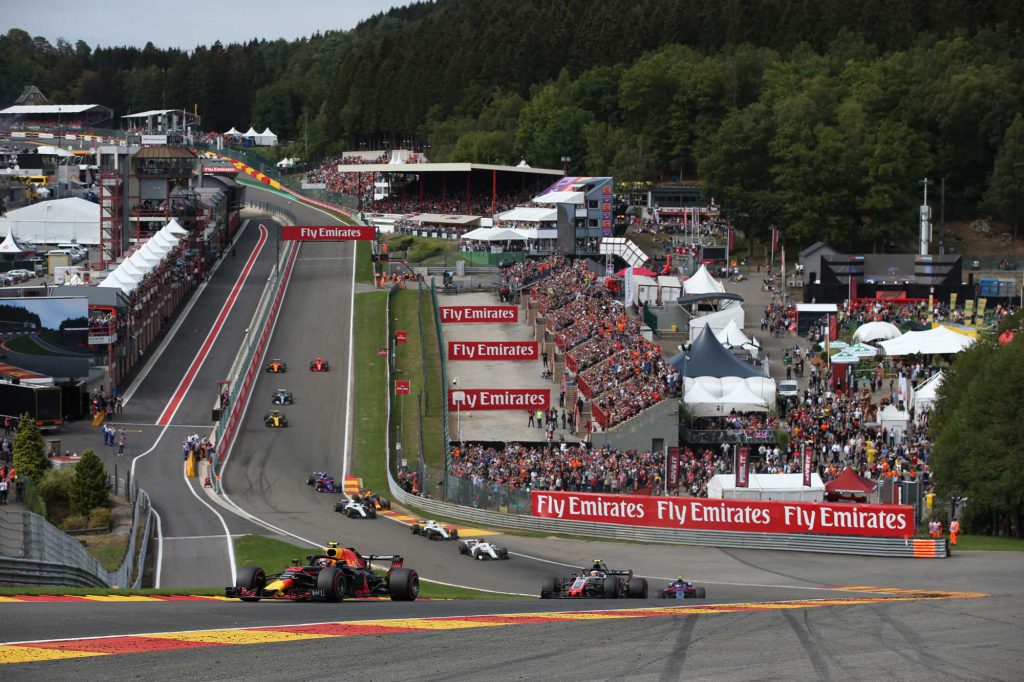 Rain undid Ferrari and Vettel’s victory chances in Germany and Hungary before the midseason break, with Sebastian crashing out in the rain-affected German Grand Prix and missing out on the vital pole position in Budapest one week later.

The German therefore would’ve been extremely disappointed to see his car’s certain pace advantage washed away for the third race weekend in succession when a brief but heavy deluge flooded the track just in time for Q3. Hamilton duly claimed pole position.

Ferrari still emerged with a marginal advantage, however, with Kimi Raikkonen qualifying sixth — the Finn hadn’t been sufficiently fuelled to complete a final lap in the chaos of the sudden arrival of rain — whereas Valtteri Bottas in the second Mercedes was to start from 17th with a power unit penalty.

The Scuderia would have the tactical advantage of squeezing Hamilton between two strategies — or at least that was the plan. 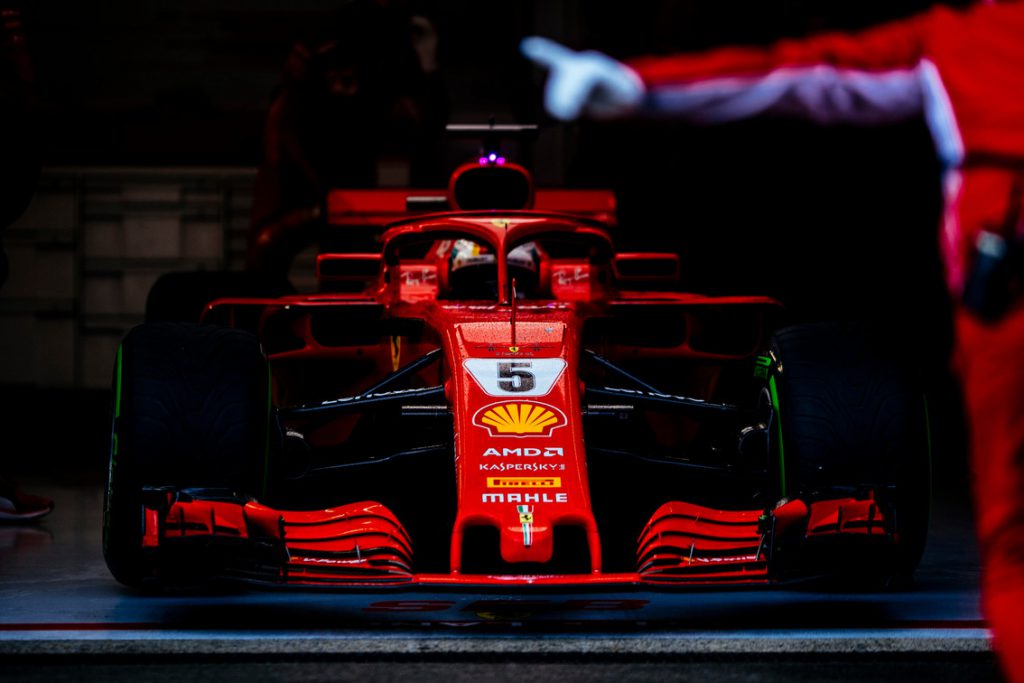 Carnage unfolded on the first lap, with Nico Hulkenberg rear-ending Fernando Alonso, who then careered into Charles Leclerc and catapulted into the air, smashing through Daniel Ricciardo’s rear wing as he thudded back down to earth. Ricciardo then nudged into Raikkonen, who picked up a puncture that resulted in race-ending damage to his car. All five retired before the end of the race.

That left Vettel strategically on his own, but he was already wresting control from Hamilton further up the road. He slipstreamed the Mercedes along the Kemmel straight and got the job done in the braking zone.

He was only threatened thereafter twice: first on the safety car restart, which Hamilton botched by getting too punchy too early at the bus stop, putting him out of slipstream range for the first turn, and at the sole pit stop window. 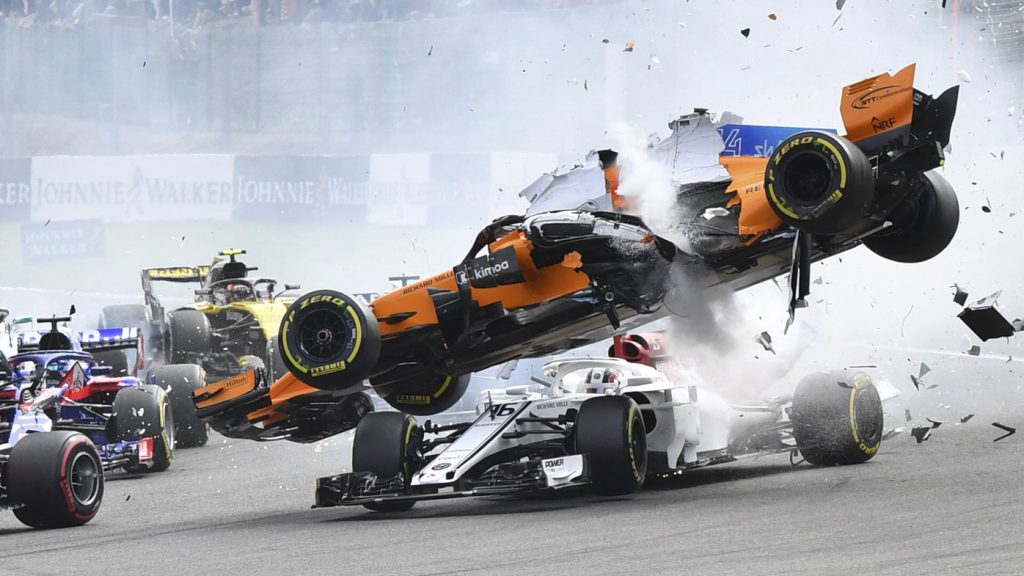 Mercedes pulled the undercut trigger on lap 21 with a 3.498 -second deficit to Vettel. On new soft tyres Hamilton set two purple sectors on his out-lap, applying pressure to the race leader.

Vettel was ordered to pit at the end of the next lap, and he bettered Hamilton’s in-lap by half a second. His pit crew got his tyres changed in 0.482 seconds faster than Mercedes executed Hamilton’s stop, and he emerged from pit lane 1.359 seconds ahead of Hamilton.

It was a solid effort from team and driver to stave off the threat.

As a hypothetical, had the two pit stops run to the same time, Vettel’s advantage would’ve been only 0.877 seconds, which would’ve made Vettel’s in lap and Verstappen’s presence on track the two defining elements of the pit stop window. 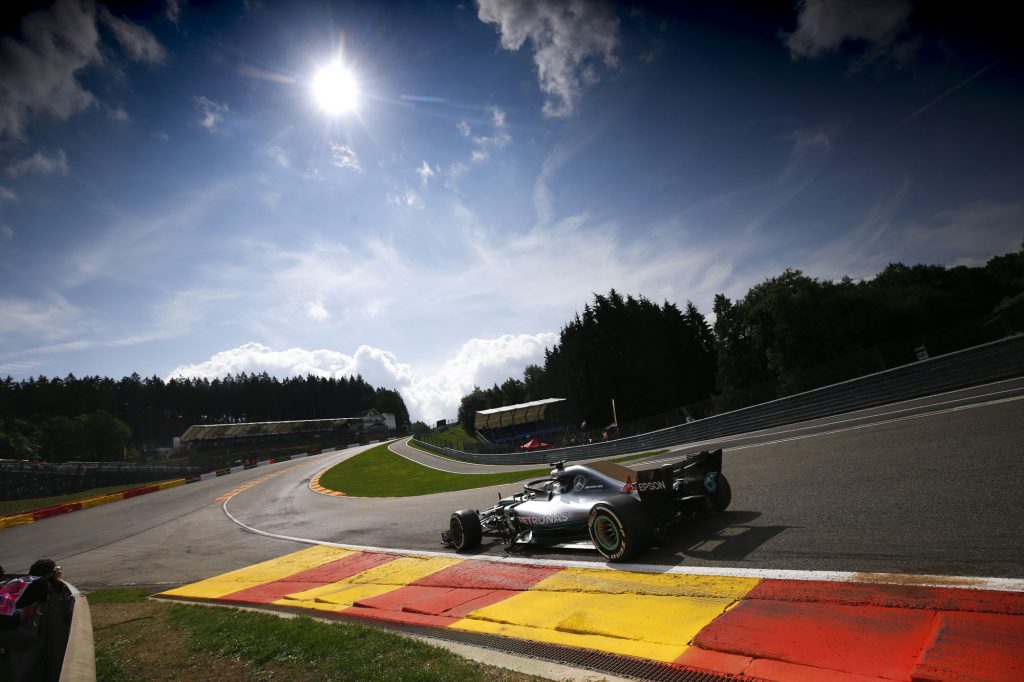 The battle inside the top 10 was fairly sedate in Belgium once Vettel had gotten the job done on Hamilton. Valtteri Bottas made his irresistible climb to the tail of the frontrunners, as he was expected to do with machinery vastly superior to that employed by the midfielders, but there was little racing to be had between teammates at Force India and Haas, with Sergio Perez and Esteban Ocon leading home Romain Grosjean and Kevin Magnussen.

The battle for ninth and 10th was an exception, however, with Pierre Gasly battling with Marcus Ericsson for the minor points-paying places.

Gasly was theoretically disadvantaged by his Honda power unit when compared with Ericsson’s Ferrari motor, but the Frenchman had the advantage of track position.

Ericsson, having qualified outside the top 10, had the advantage of starting on the soft tyre, however, meaning he would switch onto the fast supersoft for his final stint. Gasly, having started 10th, would be forced to do the opposite.

By half distance Ericsson was well within undercut range, but the Toro Rosso pit wall saw a strategic opportunity to extinguish the threat. On lap 25 Gasly was brought in, pre-empting Sauber’s undercut.

The Frenchman dropped to 11th behind teammate Brendon Hartley, who duly let him past. Ericsson, who had little choice but to follow suit, made his own stop on lap 26. He likewise fell behind the Kiwi, but this time Hartley obstinately defended for two laps, costing Ericsson precious seconds and the best of his new tyres.

Gasly was eight seconds up the road by the time Ericsson muscled his way through, and he maintained the gap the chequered flag. 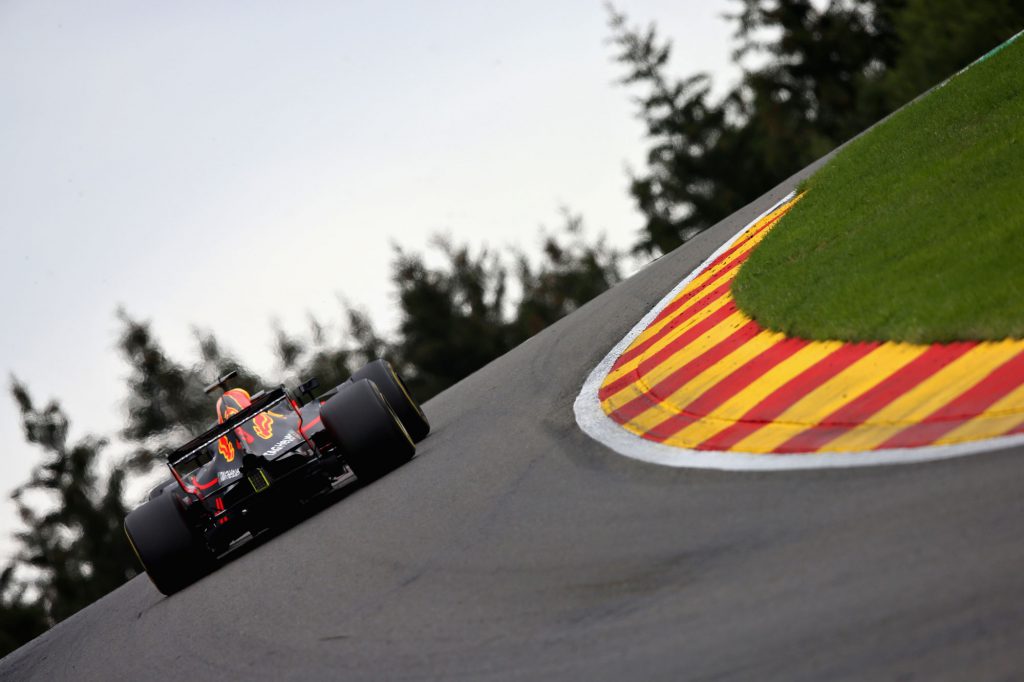 Carlos Sainz, starting from P19 with new power unit elements, suffered a difficult afternoon on the third medium-supersoft strategy. Stoffel Vandoorne was the only other driver to use the medium compound, and neither driver fared well.

Sainz’s progress was tortuous. He made it past Brendon Hartley’s Honda-powered Toro Rosso at the restart on lap five, but he went to lap 21 stuck behind Lance Stroll’s Mercedes-powered Williams, lacking the tyre grip and engine performance to make a move.

An undercut onto the supersoft tyre got him ahead of the Canadian, but he was thereafter stuck behind Stoffel Vandoorne for three laps and then the second Williams of Sergey Sirotkin for another six laps before breaking into clear air in 11th place on lap 33, by which time he was too far away from the top 10 to make an impact on the point-paying places. 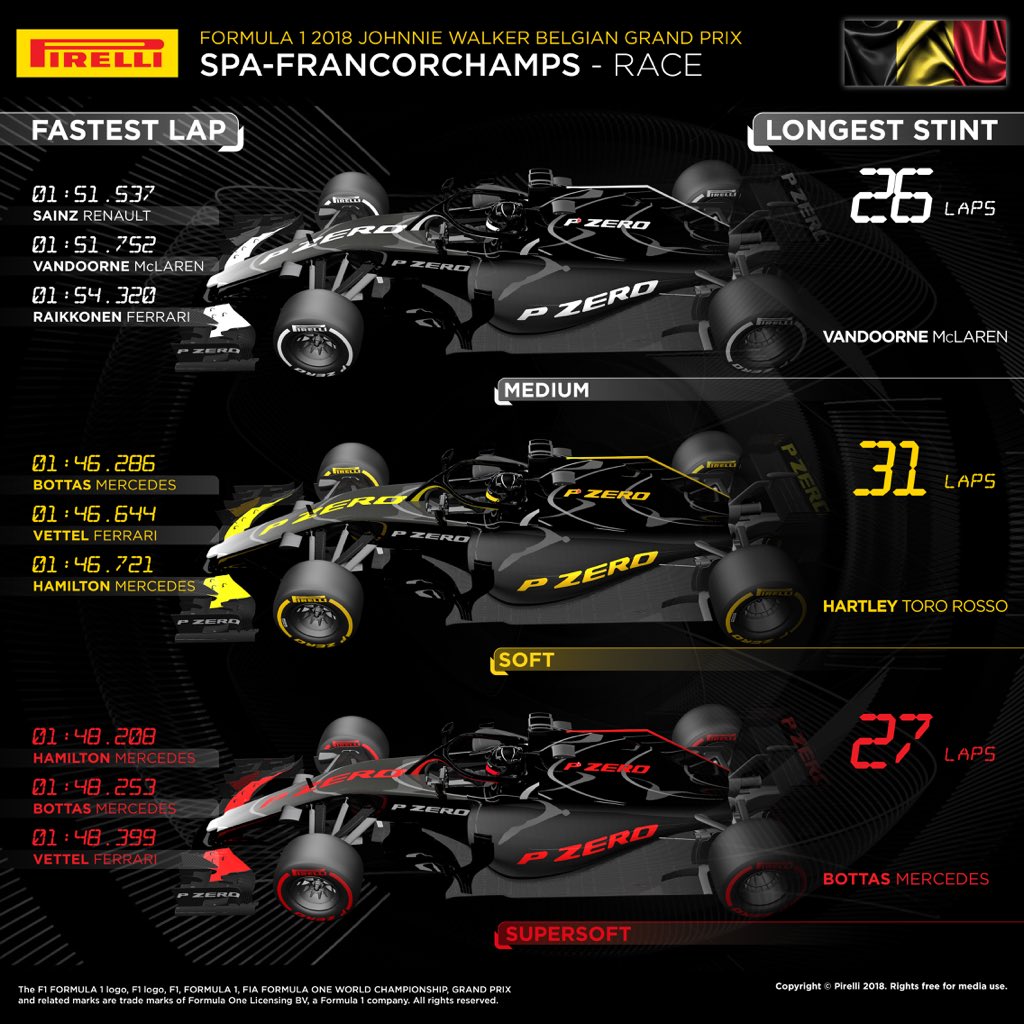 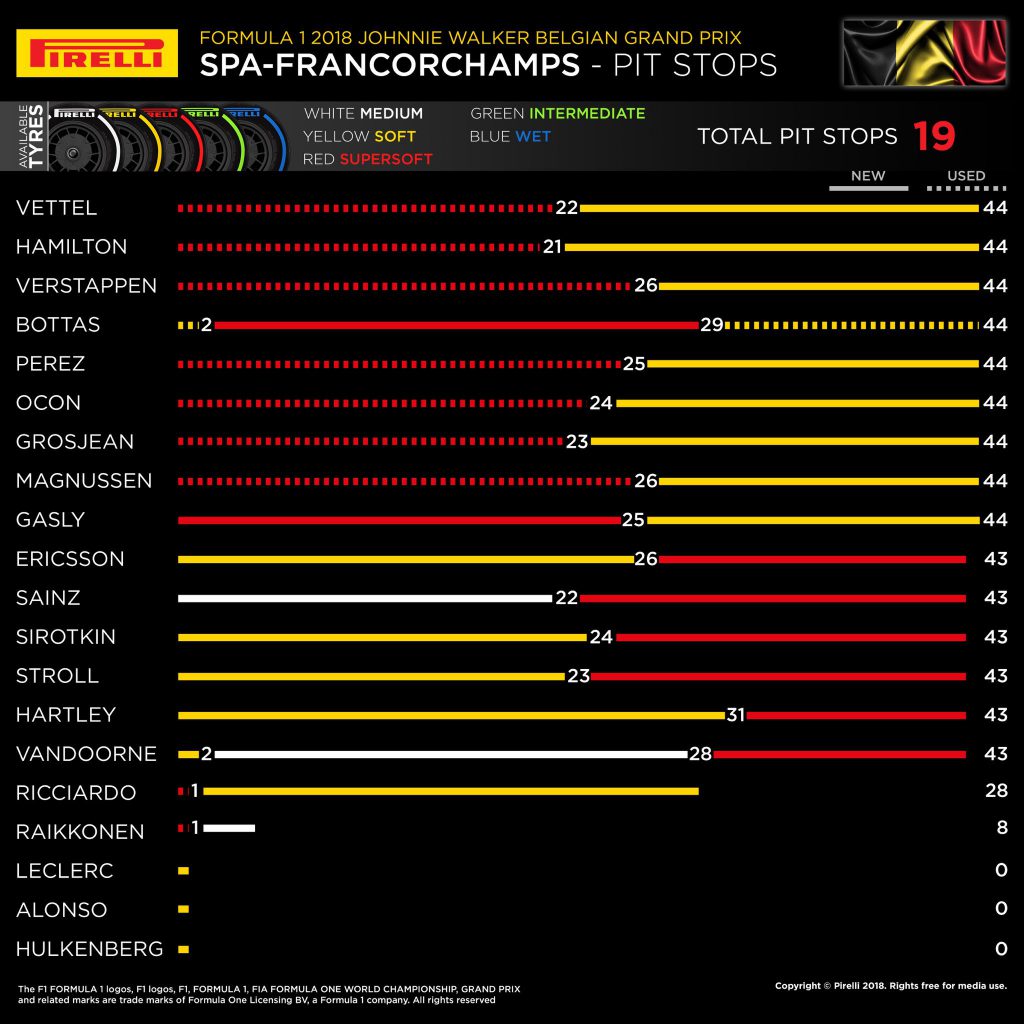 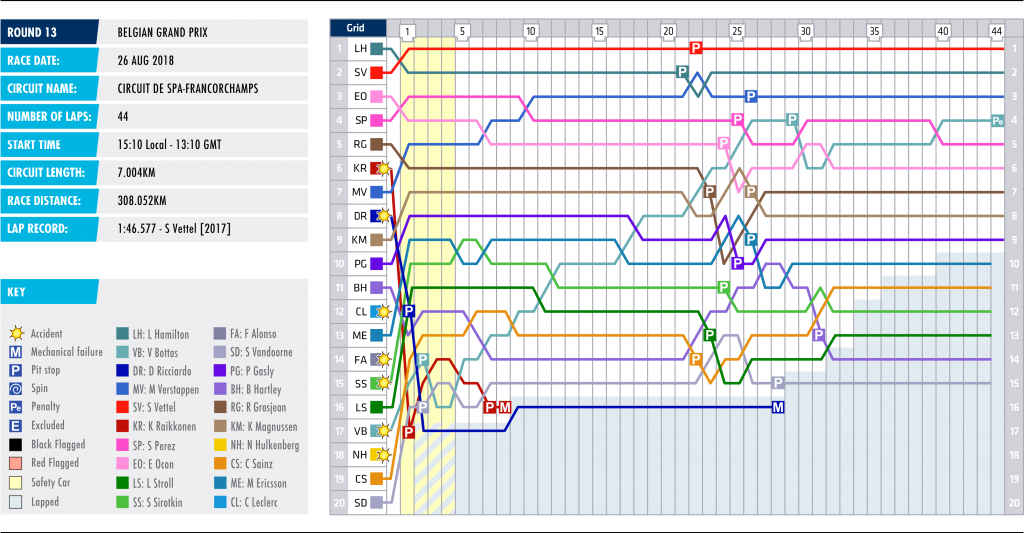