Mercedes dealt Ferrari a painful blow at the Spanish Grand Prix by dominating qualifying and the race, but some of the Scuderia’s wounds were self-inflicted.

Kimi Raikkonen’s engine failure was compounded by a pit stop error that robbed Sebastian Vettel of a podium place, leaving the Scuderia with just 12 points on a day the Silver Arrows claimed the maximum score.

But still lingering are questions about Pirelli’s modified tyres, which Ferrari is adamant robbed it of the pace it used so successfully in the opening rounds of the season. 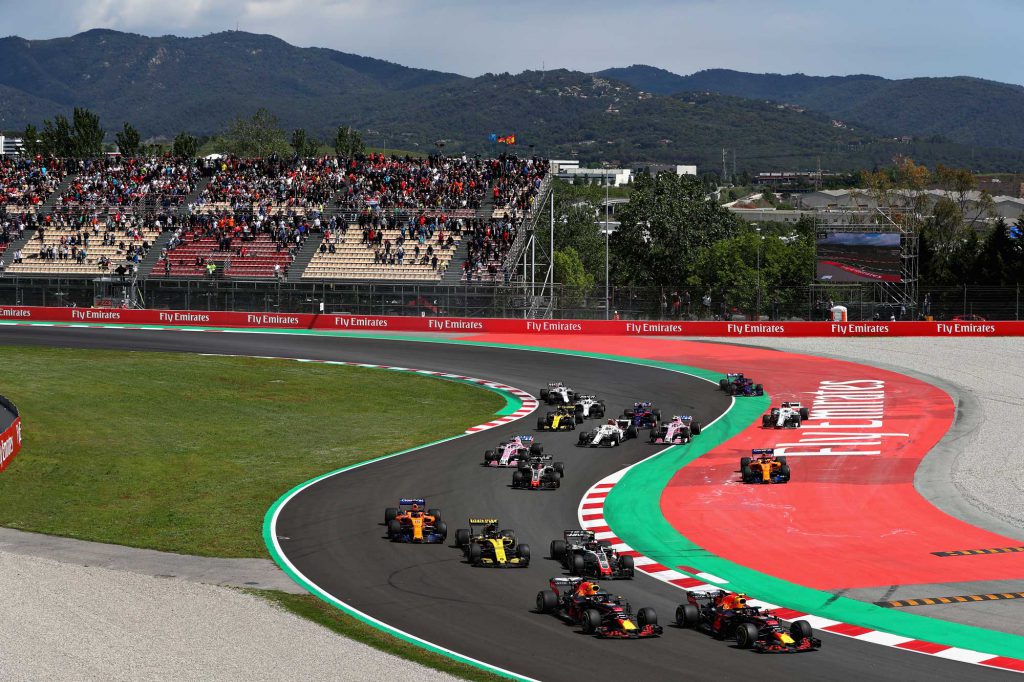 The Spanish Grand Prix is a stringent test of a car’s aerodynamics, with its combinations of fast, sweeping corners being one of the primary motivators for the Circuit de Barcelona-Catalunya’s use as a preseason testing venue.

Adding an intriguing twist to preceding this season was Pirelli’s decision to thin the tread on its medium, soft and supersoft compounds especially for this race after several teams, principally Mercedes, reported dangerous tyre blistering around the circuit, which is newly resurfaced this year. Thinner tread will also be used at the French and British grands prix, run on similar track surfaces.

Reducing tread thickness reduces the incidence of overheating, the primary cause of blistering, but some teams, chief amongst them Ferrari, believed the problem was more about Mercedes struggling with tyre management rather than an issue with the compounds themselves.

Mercedes’s dominance of the weekend, a surprise given the team’s more moderate form during the first four races of the year, only worked to strengthen Ferrari’s belief that the tyre change had played into the hands of the reigning world champion constructor. 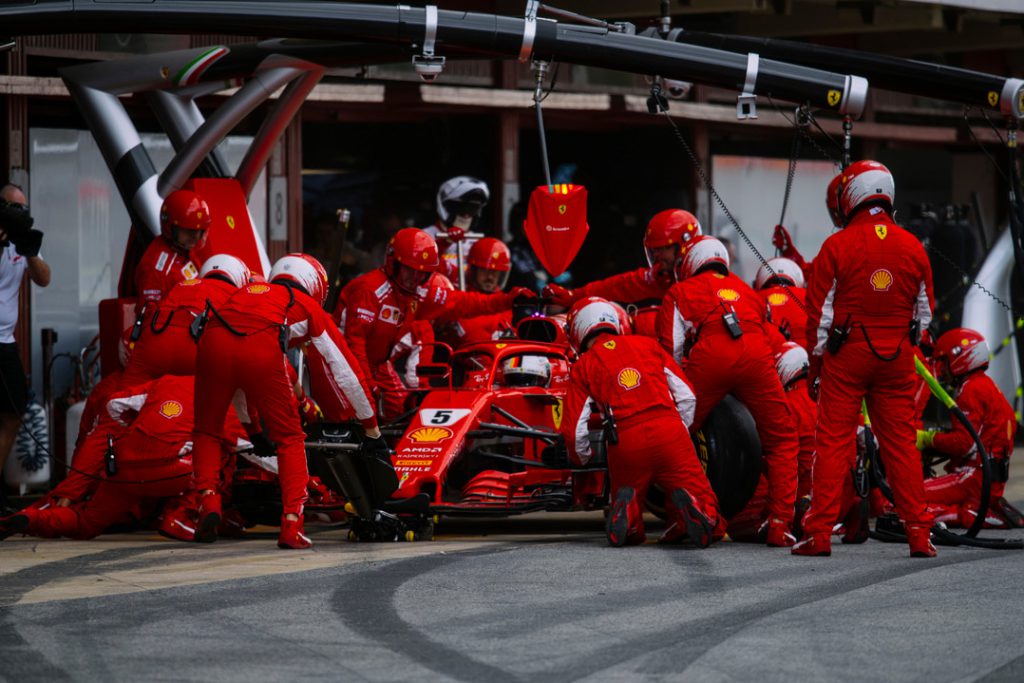 Teams struggled to activate the supersoft tyre despite the cool conditions theoretically favouring its use over the soft and the medium. So middling was the red-stiped tyre’s performance that all top-10 qualifiers bar Fernando Alonso made it into Q3 with the soft rather than the supersoft compound, and both Ferrari drivers set their fastest Q3 times on the yellow tyre.

Sebastian Vettel had jumped Valtteri Bottas for second place off the line, and though the Ferrari wasn’t quite as fast as the Mercedes, Bottas didn’t have anywhere near the pace advantage to make an impression on Vettel around a circuit that already makes overtaking extremely difficult.

Mercedes had only one opportunity to retake the position, and it came on lap 17, when Vettel made his first pit stop to try to guard against an undercut. It was a conservative call by the Scuderia, and its short-term defensive strategy to cover Bottas committed it to a two-stop, with the team losing focus on the bigger picture. It would come back to bite later in the race.

Bottas unleashed his superior pace and stopped on lap 19, recovering enough time while Vettel warmed up his new medium tyres to reclaim the place, but his pit stop was 1.4 seconds slower than Vettel’s, undoing his good work and leaving him third.

Mercedes needn’t have worried, however, as Ferrari didn’t believe it had the tyre life to finish the race without another stop, and it made its second tyre change — another new set of mediums — under the virtual safety car on lap 41.

Vettel should have lost just the one place to Bottas, but his stop was a whopping 5.6 seconds thanks to him overshooting his grid box and a problem changing the rear-right wheel. He emerged in fourth behind Red Bull Racing’s Max Verstappen, who he was unable to pass before the end of the race. 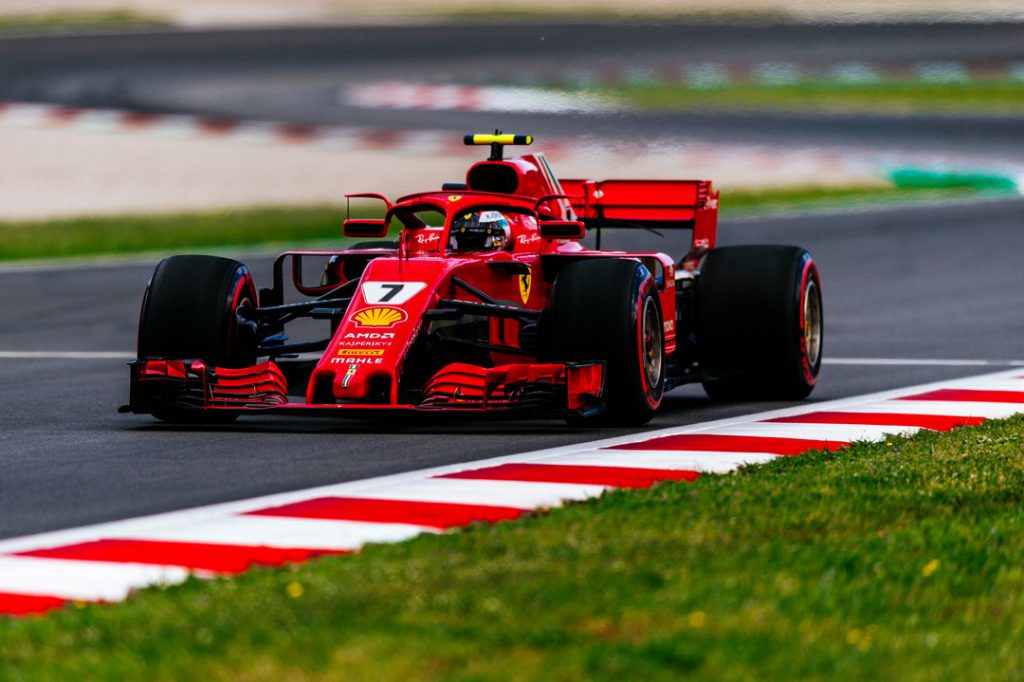 TYRES ON A KNIFE EDGE

Valtteri Bottas made managing a lopsided one-stop strategy, pitting on lap 19, look easy, but his 47 laps on the medium tyre pushed the rubber beyond its known life span, and the Finn remarked that the canvass was visible on his tyres at the end of the race.

Considering how much Ferrari was suffering with tyre wear, it puts into perspective Vettel’s stop, which the German was unlikely to have been able to do without after making his first stop so early.

What we couldn’t ascertain was whether Ferrari would have been capable of a one-stop at all, with Kimi Raikkonen retiring on lap 25 with an engine problem. Had he reached lap 34, the optimal one-stop window, he likely would’ve claimed the final podium place ahead of Max Verstappen given he was ahead of both Red Bull Racing drivers before the failure. 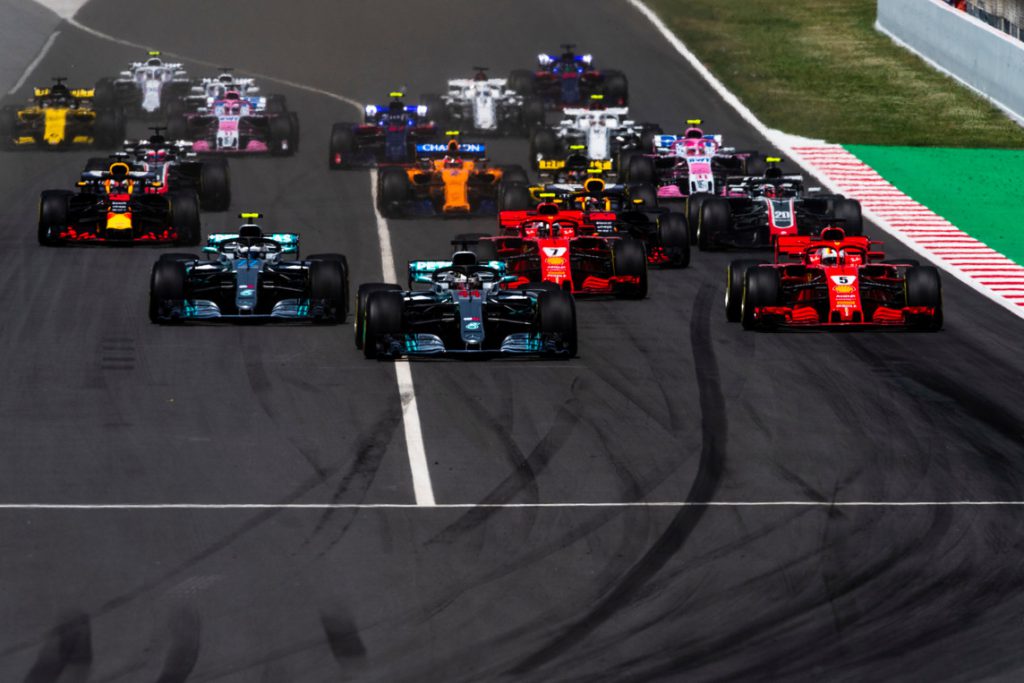 Sebastian Vettel lamented what he described as a loophole in the virtual safety car system by which drivers can lap faster than the minimum time set by taking unusual lines to shorten the race track.

Race director Charlie Whiting dismissed the German’s criticism out of hand, insisting a driver’s lap time is measured against a predefined delta time every 50 metres to ensure compliance.

Alonso remained within the delta time, but by the time Leclerc started accelerating, Alonso was already on the throttle and flying past, taking him up to eighth place. 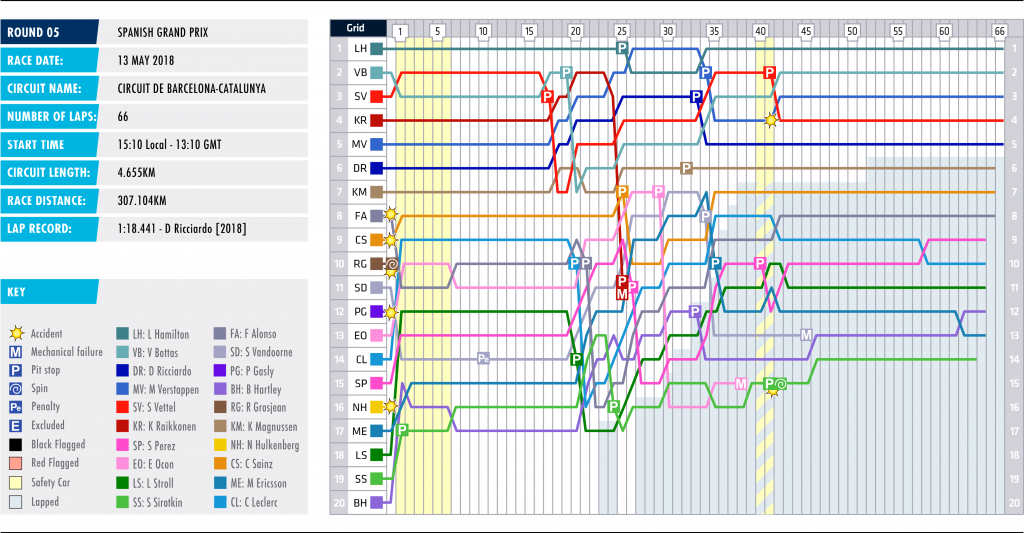 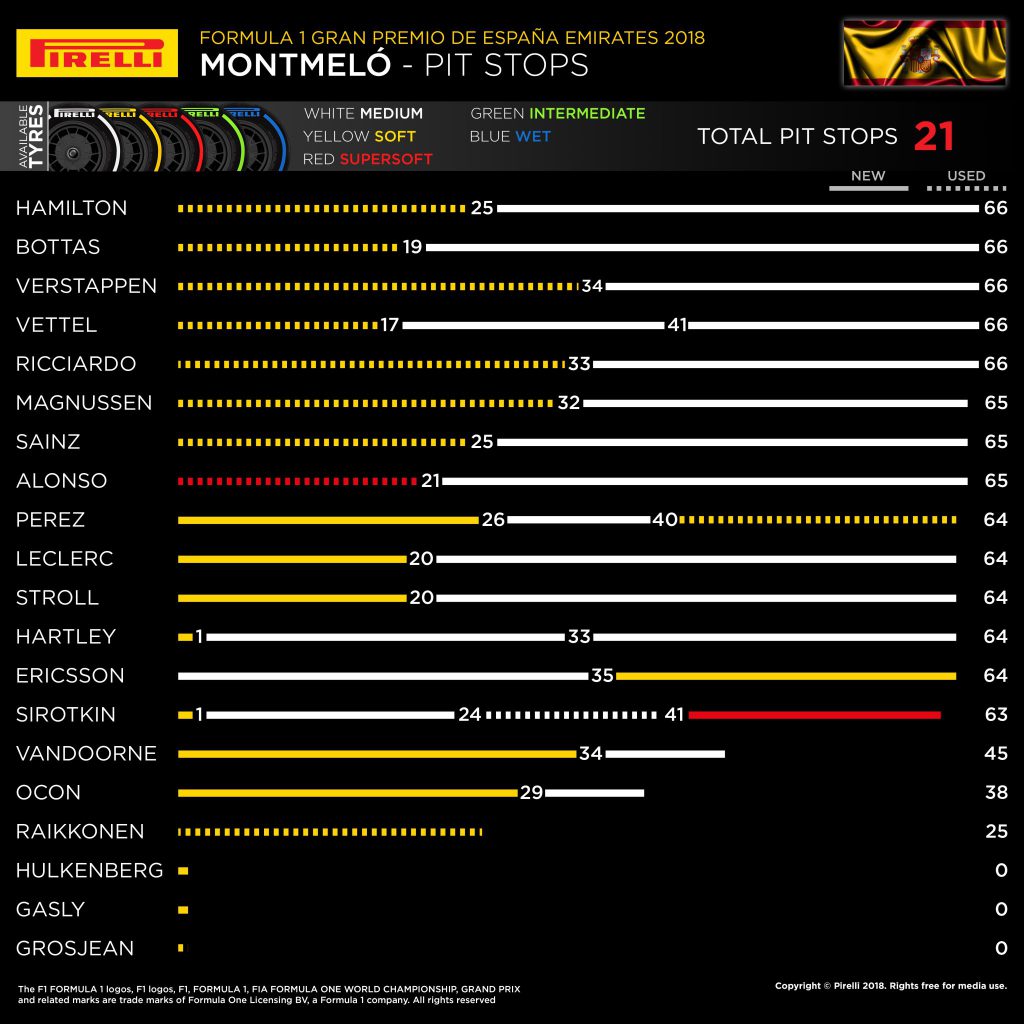 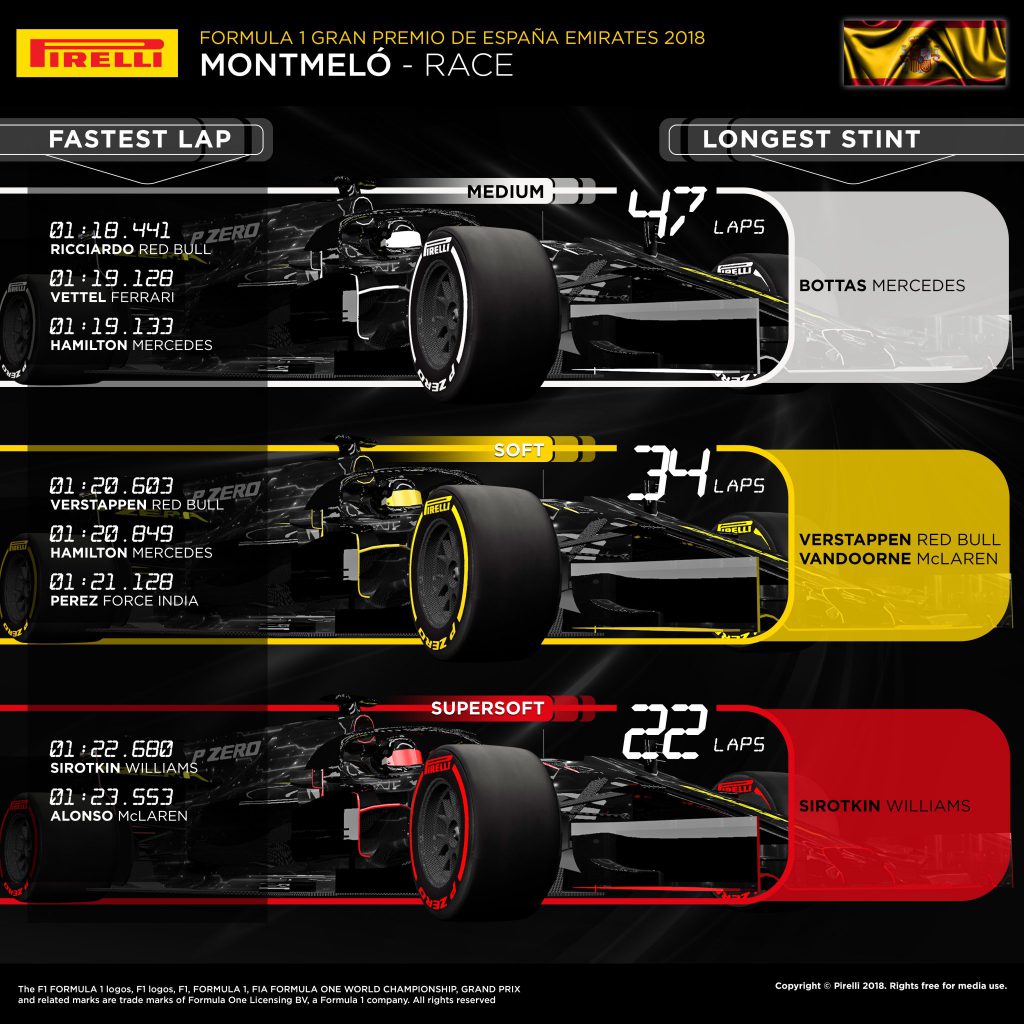