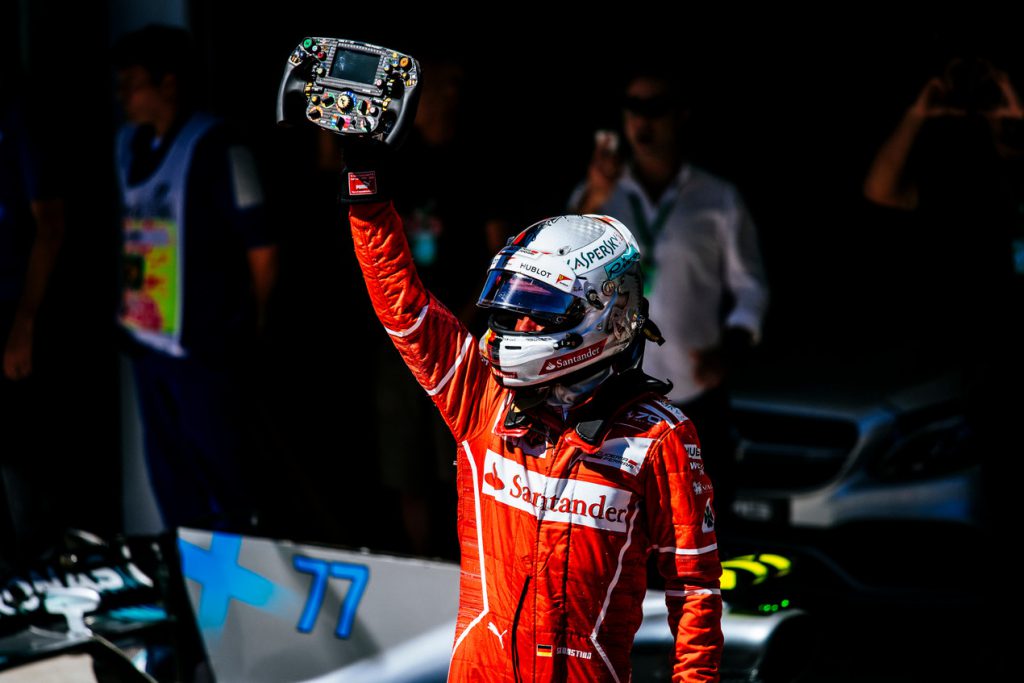 The Brazilian Grand Prix in what has become its traditional late-season calendar slot has long been a staple of championship crescendos, but with the title done and dusted, just how the race was going to play out was anyone’s guess.

Some subscribe to the theory that ‘the gloves come off’ now that the main prizes have been decided, but the opposite was true in Brazil, where the tyres’ season-long tendency to tempt teams into one-stop races enforced a predictable outcome.

Fortunately for fans of the perpetually imperilled grand prix, rumoured to be on its last legs as the local government searches for a private buyer, Lewis Hamilton and Daniel Ricciardo were forced to fight from the back of the grid and local hero Felipe Massa was able to end his (second) F1 retirement on a high.

Pirelli brought its second-softest range to Brazil, the selections comprising mediums, softs and supersofts. Degradation proved so low, however, that the medium didn’t rate so much as a mention in the race, meaning the Interlagos script, as has been the case for almost the entire season, dictated a solid one-stop race despite the shortness of the pit lane.

The only hope for strategy variety was the warm weather on Sunday, which could have promoted blistering on the front-left tyre, minor cases of which were observed during Friday practice. For the most part, however, this didn’t prove a hindrance to drivers. 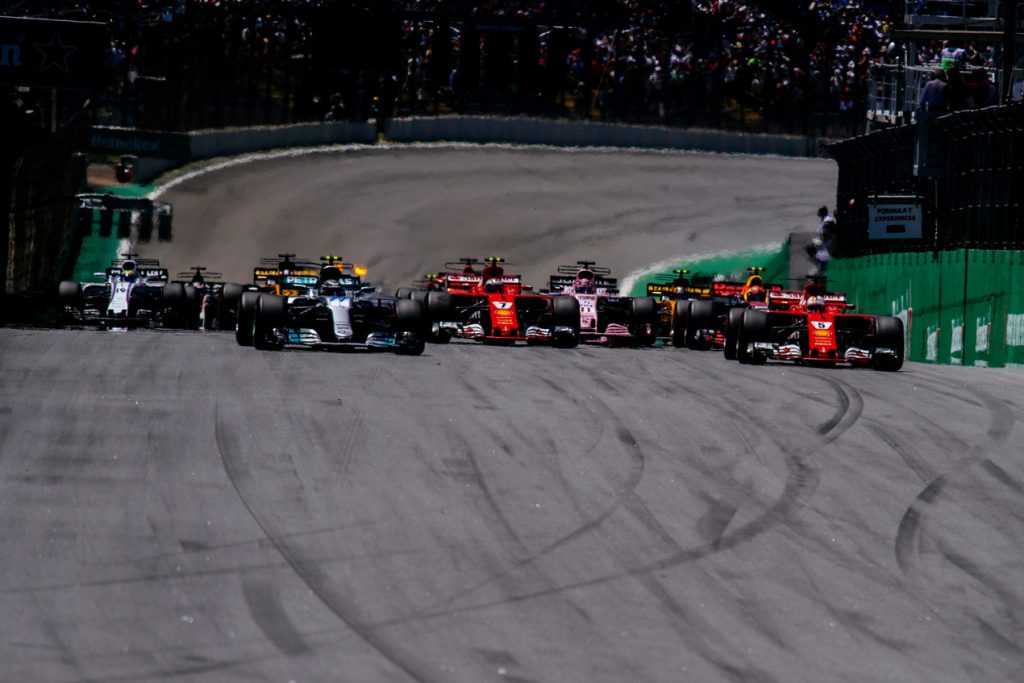 There was no question of the one-stop not being the preferred strategy. Pirelli estimated the first stops would come between laps 26 and 32, and race-winner Sebastian Vettel stopped bang in the middle of that range on lap 28.

It underlined the inherent conservatism in this year’s Pirelli range — the Autódromo José Carlos Pace is usually a multi-stop racing comprising the hardest compound.

Pirelli chose this weekend to announce it would be debuting an additional softer compound in 2018, bringing the total tyres in the range to six. A competition is being held to find a name for this new compound, which will be coloured pink.

All that said, four drivers did make two stops, though none of them were scheduled. Max Verstappen complained of excessive wear late in the race and, despite protesting his complaints, the team switched him to a used set of supersofts on lap 62, which enabled him to set the fastest lap. A cynic might suggest this was his plan all along.

Romain Grosjean’s second stop was a technicality, with the Frenchman forced to make a lap-one tyre change due to a puncture picked up in the first sector, and Ricciardo likewise made a precautionary tyre change after the first-lap melee.

Lance Stroll was forced to stop on lap 67 when his front-left tyre started tearing itself apart after a number of lock-ups.

Hamilton and Ricciardo make their comebacks 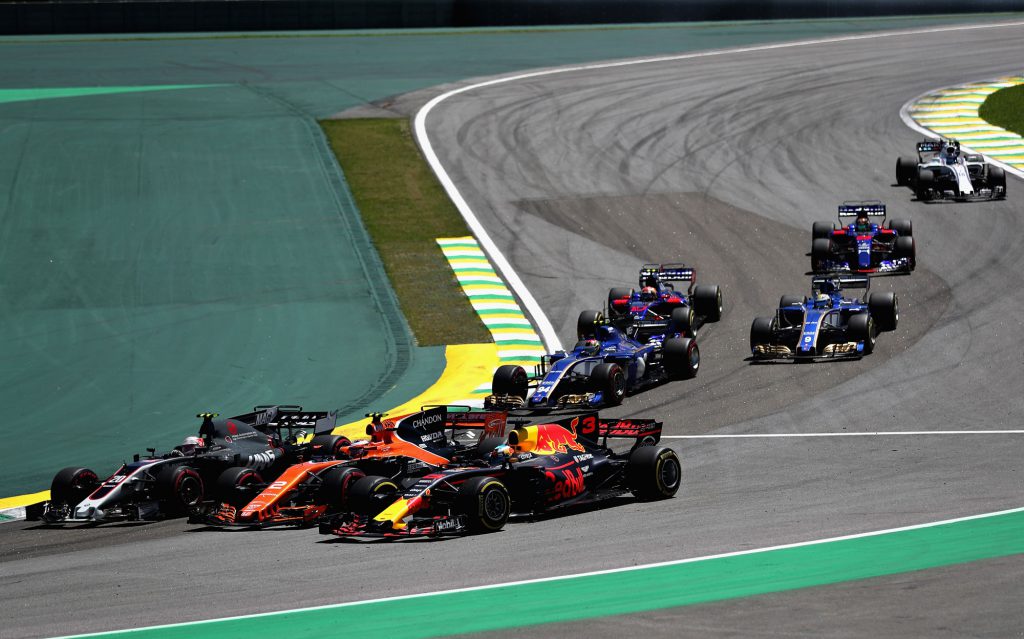 Lewis Hamilton and Daniel Ricciardo were forced into recovery drives when the former crashed out in qualifying — he would start from the pit lane after his team took advantage of the opportunity to change some engine parts — and the latter took a 10-place power unit penalty, starting from P14.

Ricciardo’s recovery was compromised when he was caught in the first-lap melee exiting the esses. Kevin Magnussen pushed Stoffel Vandoorne towards the Australian’s Red Bull Racing car, causing retirement for the Dane and the Belgian and forcing Ricciardo back to the pits for a precautionary check of the car and a set of slightly fresher soft tyres.

He started from last at the safety car resumption whereas Hamilton was already up to 14th courtesy Ricciardo, Pascal Wehrlein and Romain Grosjean pitting and the race’s three lap-one retirements.

There was no mistaking Hamilton’s recovery for luck, however. The Briton was on another level, any by lap 21 he was n fifth place behind Max Verstappen.

The speed with which he bore down on Verstappen after his sole stop on lap 43 was testament to both his pace and the fact that Renault had turned down all of their power units to avoid the embarrassment of mass failure seen at the Mexican Grand Prix, another race held at high altitude.

So impressive was Hamilton’s speed that he was in contention for victory until the final handful of laps, when it became obvious his supersoft tyres were unable to cope with any more exertion.

Ricciardo finished a comfortable sixth, his car a class above the midfield.

Massa gets the send-off he deserves

Felipe Massa joked with TV crews after the race that he had to come out of retirement at the start of the year because his crash in Brazil last season was a poor send-off. Seventh place this year — best of the rest, effectively — was far more fitting for one of F1’s favourite sons.

His race was made by a sizzling start from ninth that had him leap past both Renault cars and Sergio Perez, and the Brazilian nabbed Fernando Alonso for fifth at the safety car restart.

His battle was with Alonso, his former Ferrari teammate, for the rest of the race. Williams made the right call to pit him pre-emptively on lap 27, guarding against a McLaren undercut, and though Fernando was able to overcome the deficit of his Honda power unit to tail Massa over the line, Felipe held strong to make his final home race result a memorable one.

Sergio Perez was the loser of this battle after getting away slowly from his impressive fifth-place grid slot. The Force India driver was slow away and was hesitant behind Alonso, who had swept around his outside into the first turn, which opened the door to Massa to pass his onto the back straight.

Force India attempted to offset his strategy by delaying his pit stop until lap 35, but his pace wasn’t sufficiently fast to close the gap. 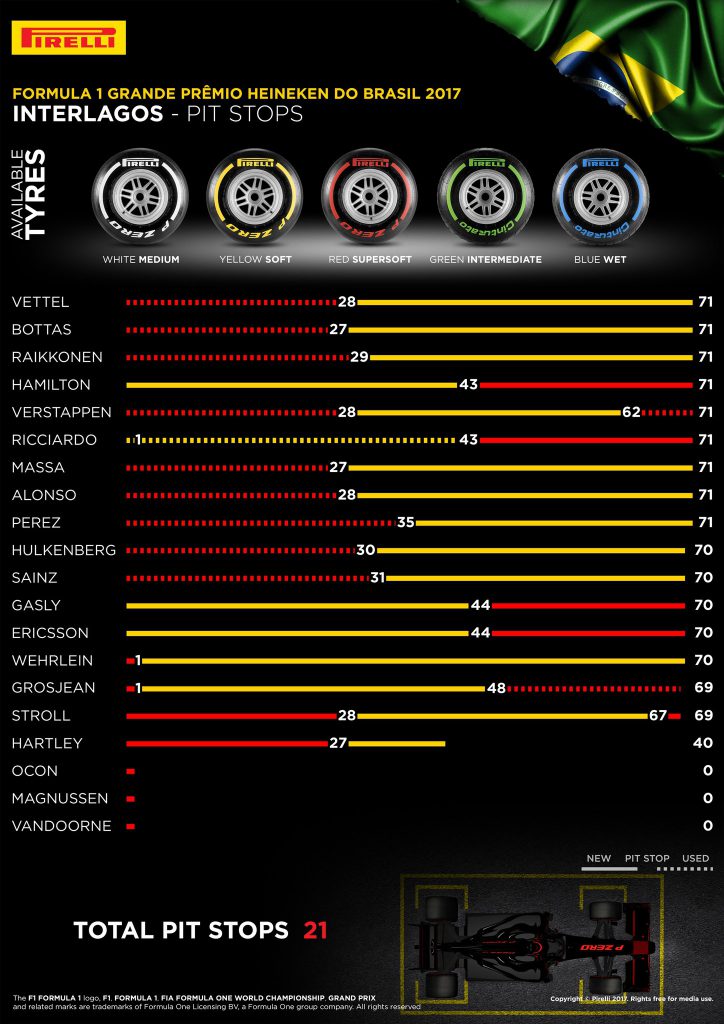