The 2017 championships hurtled towards their inevitable conclusions at the 2017 United States Grand Prix, with Mercedes claiming the long-assured constructors title and Hamilton as good as taking home the drivers trophy with a cruisy first-place finish.

Though Ferrari stood both its drivers on the podium, the 2017 Austin race was one of the team’s most painful defeats, knowing as it does that Vettel’s title hopes have been all but snuffed out by a Mercedes rediscovering the mojo that abandoned it in Asia.

The Circuit of the Americas is an all-round favourite of Formula One. Not only is Austin an immensely popular destination, but the track itself, a Hermann Tilke design, is technically challenging but open enough to allow overtaking.

Temperatures were warm when it wasn’t raining, which pushed the race into two-stop territory given the ultrasoft and supersoft tyres are low working range compounds.

Lewis Hamilton won with a one-stop strategy, however, and though two-stop races played a major part in the top five, only four drivers committed to the two-stop and for none of them did it have any great effect.

Verstappen carried an engine penalty that had him start at the back, and he qualified on the supersoft tyre in Q2 to give him a strategic way back to the front in the race — though as has been the case in previous races, his car’s pace was more than enough to float him back to the top regardless of strategy. 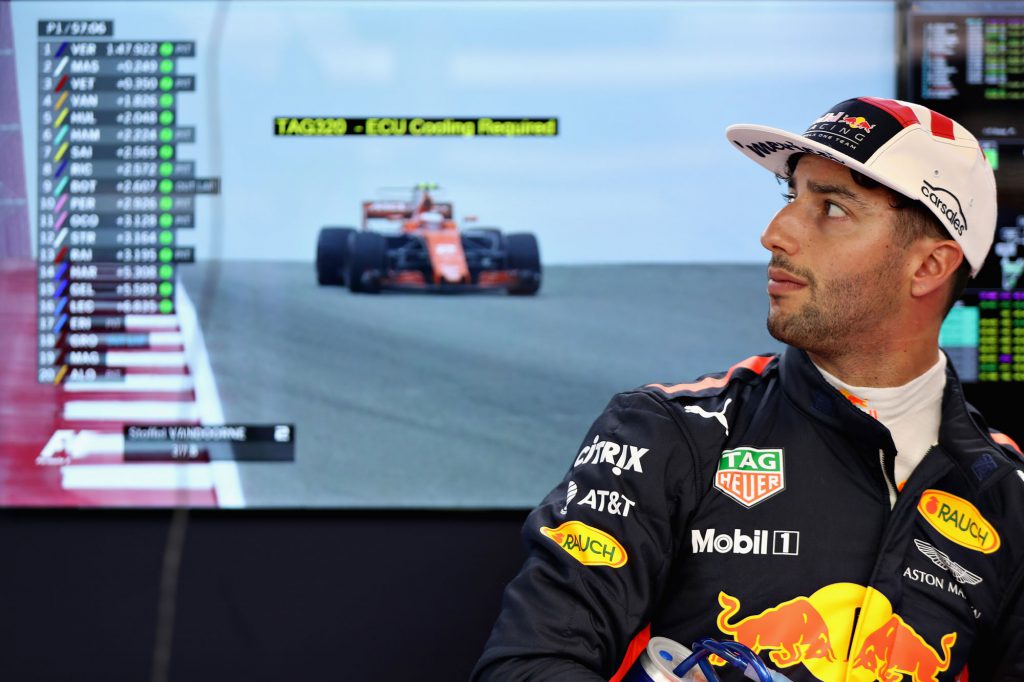 The grand prix was a marginal race between one and two stops thanks in part to the conditions pushing the tyres and the relative ease of overtaking.

Though Mercedes was concerned with the viability of a one-stop, Hamilton, given he was largely untroubled, made his lap-19 stop for softs last. His secret, he said, was simply not pushing so hard, something Vettel didn’t have the luxury of doing.

“I could see him pushing,” Hamilton said of those first six laps behind Vettel. “I’m thinking, ‘I’m pretty good on my tyres right now, and he’s going too quick through that corner so he’s going to kill his tyres’, and that’s what he did.”

Vettel’s Ferrari simply wasn’t fast enough to keep the Mercedes behind on equal terms, which pushed the team into an unlikely two-stop race that almost, if temporarily, delivered the goods.

Pitting from five seconds behind Hamilton and calling it an undercut was ambitious, but Mercedes and Hamilton wanting to extend the first stint as far as possible to mitigate the risk of running out of tyres by the end almost lost them the lead, albeit.

Hamilton jumped on team radio to query why he was allowed to fall so far back — and indeed Vettel almost outsmarted Mercedes by blitzing his final third sector by taking generously wide line out of the last turn — but in reality it was perfectly judged to give Hamilton an extra lap of tyre life.

All season Hamilton has been comfortable with the soft tyre, and by the end of his out lap he was already 1.5 seconds ahead of Vettel and only grew the gap from there. 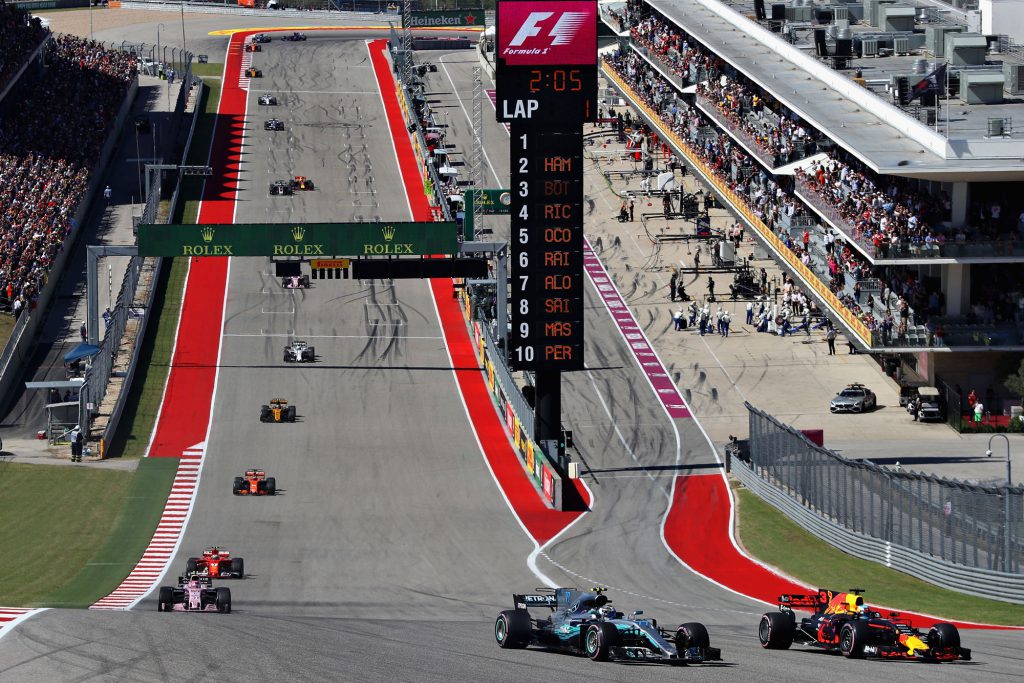 Verstappen’s rise to the top triggers the second stops

Max Verstappen started on the supersoft tyre from P16 and made up 10 places in the first 10 laps to put himself on the tail of the frontrunners. When teammate Daniel Ricciardo retired and the remaining five podium contenders made their stops, he led the race, pushing his opening stint to 24 laps in an attempt to complete the classic one-stop contrastrategy in the style of Vettel’s recovery in Malaysia.

His pace on the soft was good, but 13 laps later he switched to a new set of supersoft tyres — Ricciardo had struggled on the ultrasofts early in the race and Verstappen had shown good pace on the supersofts at the start of the race anyway — in an effort to shake the tree ahead of him.

Ferrari, unable to catch Hamilton ahead but panicked by Verstappen, pitted Vettel to cover the Dutchman, emerging 1.6 seconds up the road.

In retrospect it wasn’t necessary, however — Vettel finished further behind Hamilton than he was before the stop and Verstappen was held up by Räikkönen, leaving him what would have been four seconds behind the Ferrari, excluding the time lost via penalty for passing Kimi off the track.

The loser in this battle, however, was Bottas, who languished on soft tyres that rapidly degraded due to all the fighting. He was forced to change to new tyres on lap 52.

Force India again enacted team orders to prevent its drivers from clashing, but this week it lost points in doing so.

Not for the first time Perez proved faster in race trim than Ocon, but with the latter having qualified higher, the Mexican found himself stuck behind his teammate halfway through the race and lapping around 0.8 seconds off his potential pace. Perez called to be allowed past, but the team was sticking fast to its no-racing policy since the pair’s skirmishes earlier in the season.

The result was that Carlos Sainz, on tyres seven laps younger, closed by a couple of tenths a lap until he was able to pass Perez on lap 33, though the new Renault driver was unable to pass the Frenchman ahead.

Perez gradually fell behind the battling young guns and into the clutches of Felipe Massa, who had made his sole stop on lap 29 for ultrasoft tyres — and ambitious plan that paid dividends — though the Brazilian was unable to get the job done in the final five laps they sparred. 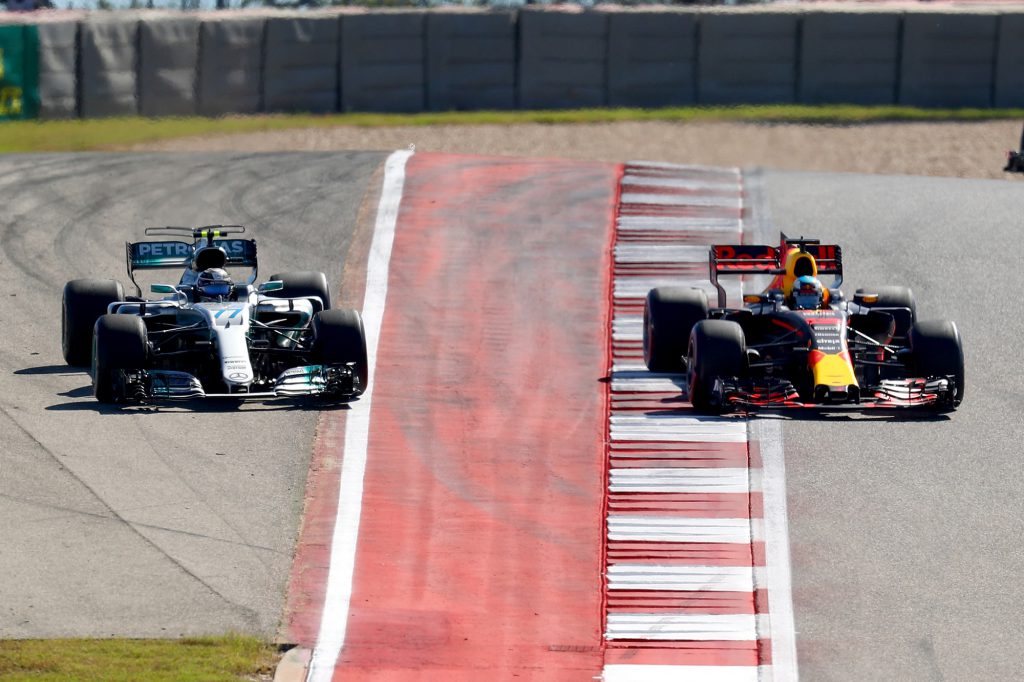 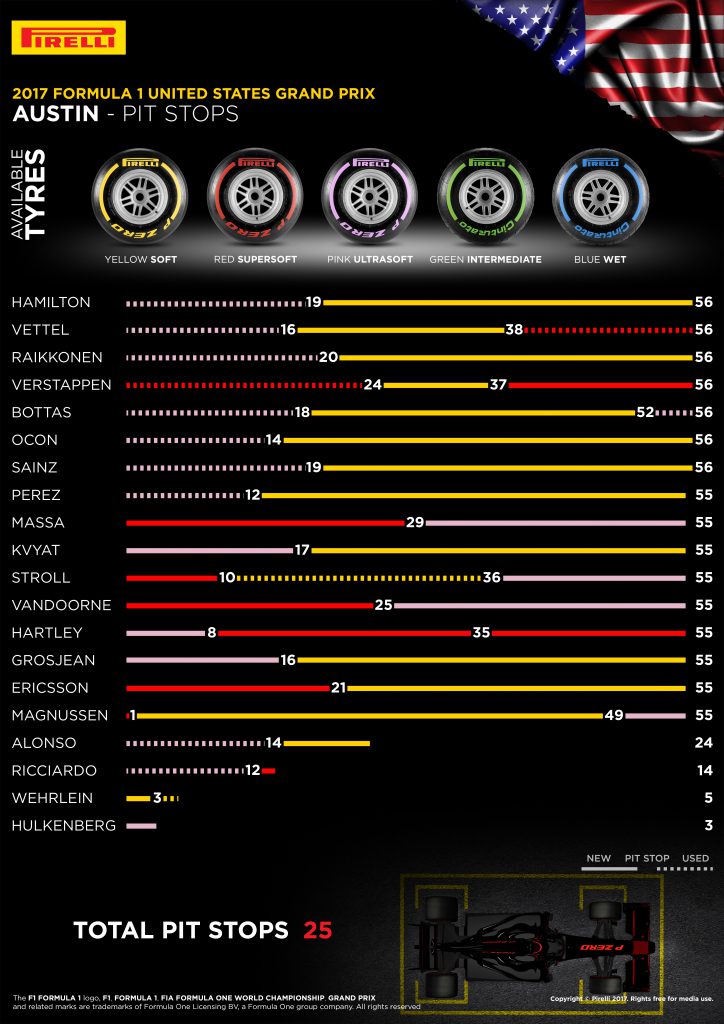 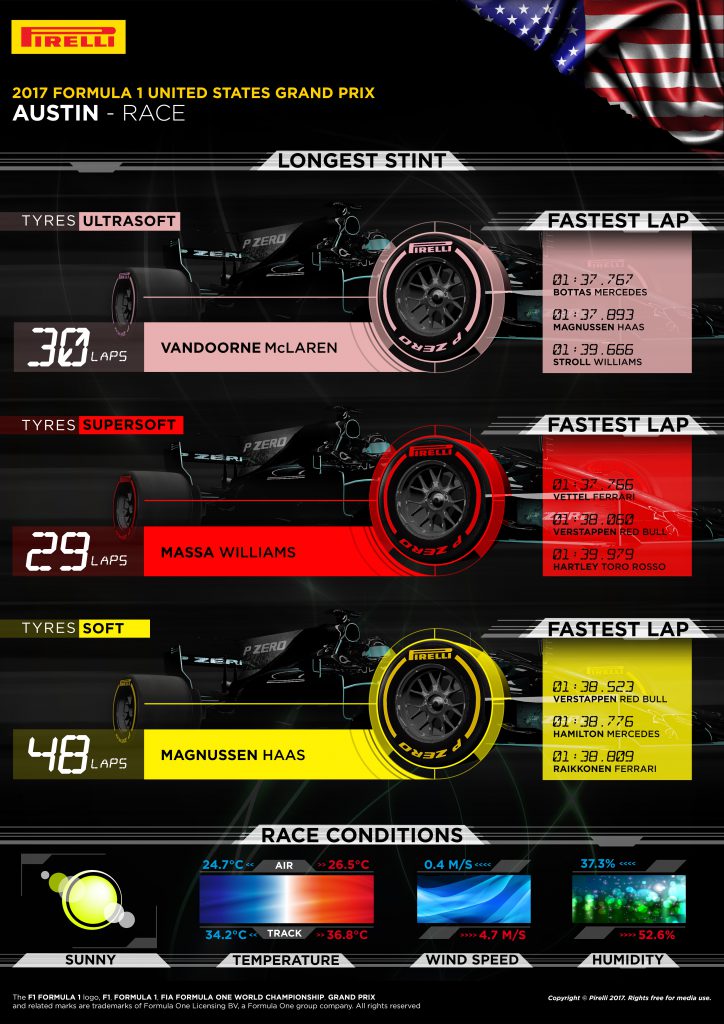 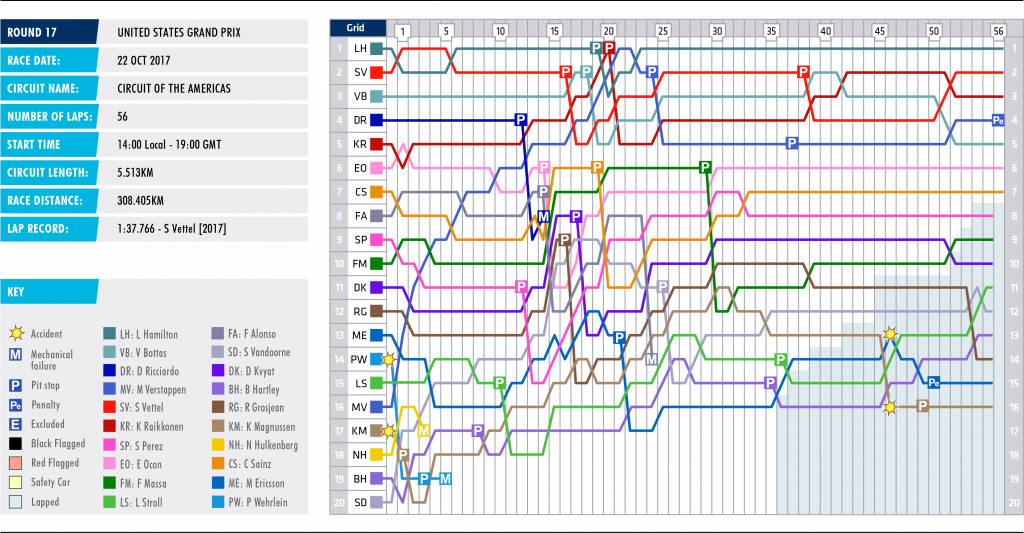