So straightforward was the 2016 European Grand Prix, held on the streets of Azeri capital Baku, that few expected the retitled 2017 Azerbaijan Grand Prix to be anything more than another snooze-fest.

Instead the Caspian Sea-set race proved one of the most dramatic of the season to date. Carbon fibre shards sprinkled the streets like confetti such was the ferocity with which Formula One’s 20 drivers took to the challenge of sport’s most unusual circuit, as if to make up for last year’s dearth of racing.

Few of the thrills and spills came about through strategy, however — indeed it was more a race of circumspection than tactical execution — but the reasons for the action are traceable to a handful of key ingredients that conspired to create one of the year’s most memorable races.

Pirelli’s conservative rubber construction has been a theme of 2017, the tyre manufacturer forced to guess how much downforce the 2017 cars would produce long before any would have the chance to turn a wheel in anger.

This was certainly true in Baku, where the same-named compounds as 2016 — the mediums, softs, and supersofts — were selected. In 2017, however, the supersoft is as hard as last year’s soft, the soft as hard as the medium et cetera, meaning in truth the tyres were a step harder than last season’s already too stable rubber.

Combined with the dustiness of the city streets the tyres put grip at perhaps the highest premium of any F1 race on the calendar. For Mercedes, and in particular for Lewis Hamilton, this could have spelt trouble, with the Briton struggling with tyre warm-up at Monaco and Russia, circuits with similar characteristics.

Mercedes has been slowly coming to grips (pun intended) with this problem, and it showed as much this weekend when it turned around concerning Friday practice form into a full second of advantage over Ferrari, hitherto the superior car on its tyres, during qualifying. Hamilton alone had half of that time over teammate Valtteri Bottas.

Perhaps adding to Ferrari’s woe was a technical directive issued by the race director ahead of the event clarifying that the FIA would not tolerate oil being burnt as fuel for performance. Rumours of oil burning have been simmering for much of the season, but this clarification, which was the second of the year, suggested talk was more than just idle speculation — and lo, Ferrari’s engines seemed off the pace …

Casualties of the trying conditions were Valtteri Bottas and Daniel Ricciardo, who dropped to the back of the field early in the race.

Bottas was the root cause, tangling with compatriot Kimi Räikkönen at turn two on the first lap, puncturing a tyre and damaging some of the Ferrari’s bodywork. Ricciardo, an innocent bystander, had some of the debris collect in his brake ducts, leading to severe overheating.

Bottas limped back to the pits one lap down, while Ricciardo persisted until lap five before stopping. Both were now on the soft tyre and determined to attempt an ambitious undercut.

Plans changed when the first safety car was triggered on lap 11, however, which gave Bottas a chance to unlap himself and both drivers the opportunity to move back onto the preferable supersoft tyre while the rest of the field made the mandatory switch to the soft tyre.

Could this have proved the strategic lynchpin, with both using the superior rubber to scythe through the field for the remaining 40-odd laps? Last time out in Canada Romain Grosjean was able to complete 68 laps on the supersoft tyre and finish in the points.

We weren’t to know, however; a red flag period to enable marshals to clear debris on lap 22 enabled everyone to switch back to the supersoft tyre, negating the advantage.

But the lack of offset wouldn’t deter either driver, with Bottas and Ricciardo making a phenomenal nine passes apiece from P20 and P17 which, combined with retirements and other accidents, brought them to the top of the field. 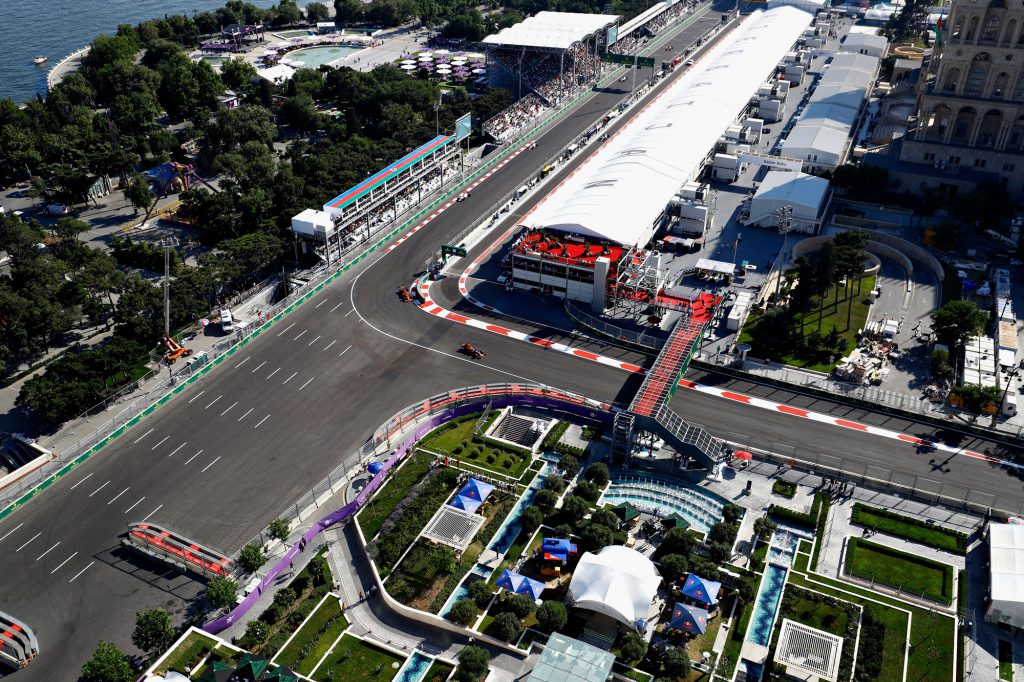 Vettel shoots himself in the foot

The race had to be turned on its head first, however, for Ricciardo and Bottas to press their advantage, and it conveniently did so between the second safety car and the red flag period.

Sebastian Vettel was caught unaware just before the second safety car restart by Lewis Hamilton slowing to both bunch up the field and give the safety car time to travel back to the pits down Baku’s ludicrously long straight without getting caught by the field.

The Ferrari nudged the back of the Mercedes, causing minor damage to both and leaving Vettel staunchly believing he had been brake-checked. Incensed, accelerated until he drew level with Hamilton and then drove into him.

Though the impact was heavy, neither car was damaged. Regardless, the stewards soon after handed Vettel a 10-second stop-go penalty, the most severe punishment available to them before disqualification.

Not only was it an unedifying brain-snap by a four-time world champion, but it lost him and Ferrari the race. They weren’t to know it, but the ensuing red flag period concluded with Hamilton’s car having its headrest improperly fitted to the car, requiring him to make an unscheduled pit stop late in the race.

Ironically enough, replacing the head rest took longer than Vettel needed to serve his penalty, so the German emerged from pit lane leading his rival, with Hamilton unable to reverse the order before the end of the race. The pair finished fourth and fifth.

Some circumspection would have paid dividends for Force India’s drivers, too, who retrospectively threw away what could have been an easy one-two when they crashed into each other at turn two after the second safety car restart.

Esteban Ocon made a lunge down the inside of Sergio Perez at turn two, but his momentum was such that he pinned his teammate against the barrier. Both cars were damaged and dropped to the back of the field.

Ocon recovered to sixth by the end of the race, but damage to Perez’s car ultimately proved fatal, putting paid to a sensational podium repeat for the Mexican in Azerbaijan.

Lance Stroll scored his first Formula One points just two weeks ago at his home race in Canada, and though they were expected to deliver him a confidence breakthrough, no-one could have predicted the rookie would finish on the podium one round later.

Unlike fellow podium-getters Ricciardo and Bottas, Stroll’s third place was about keeping his cool while his competitors cracked around him.

It looked like the 18-year-old would finish runner-up — or perhaps win the race had Ricciardo’s engine mimicked Verstappen’s and failed spontaneously — but Bottas’s dogged pursuit of the Williams car meant the Finn snatched second place by just 0.1 second as the pair crossed the line.

McLaren had its first 2017 points at last, but you wouldn’t have guessed it by looking at the team, which seemed no less despondent than when it had suffered one of Honda’s trademarked late-race engine failures.

Fernando Alonso proclaimed after the race that he could have won the grand prix had any other engine powered his car — indeed the Spaniard had picked his way up to eighth from his P19 grid slot by the red flag period, just two placed behind Ricciardo.

Was there a degree of theatre to it against a backdrop of McLaren’s seemingly inevitable split with Honda by the end of the year? Absolutely — but then Alonso has always excelled in these dogfight-style grands prix.

His and the team’s frustrations would have been amplified by the only brief part Alonso was able to play in a scrap with Vettel and Hamilton as they attempted to recover ground after their late-race stops.

Briefly Alonso held them back, and he dared to spar with his fellow class-leading drivers, but his car was never going to be up to the task.

Points were nonetheless in the bag after a classic Alonso drive in subpar machinery. The question persists: will it be the engine or Alonso that leaves McLaren in 2017? 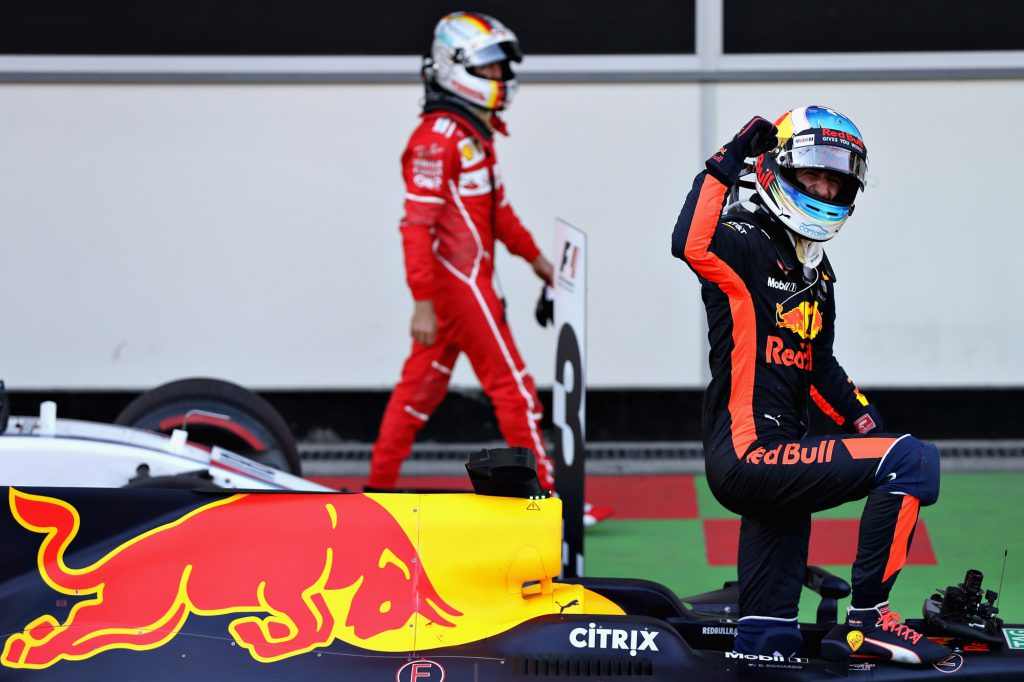 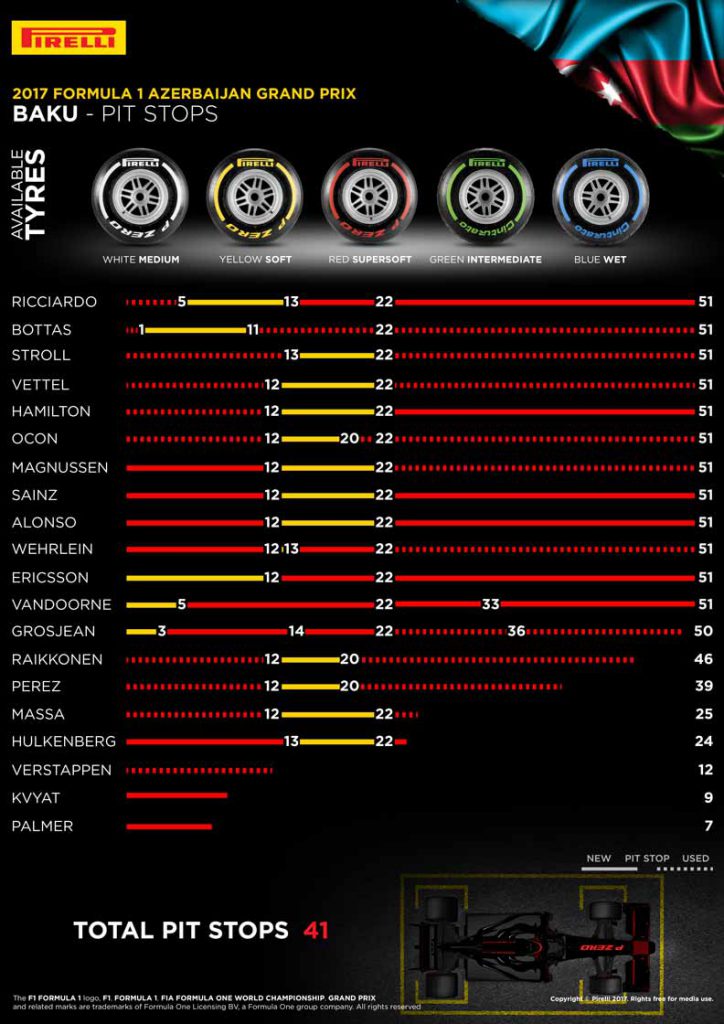 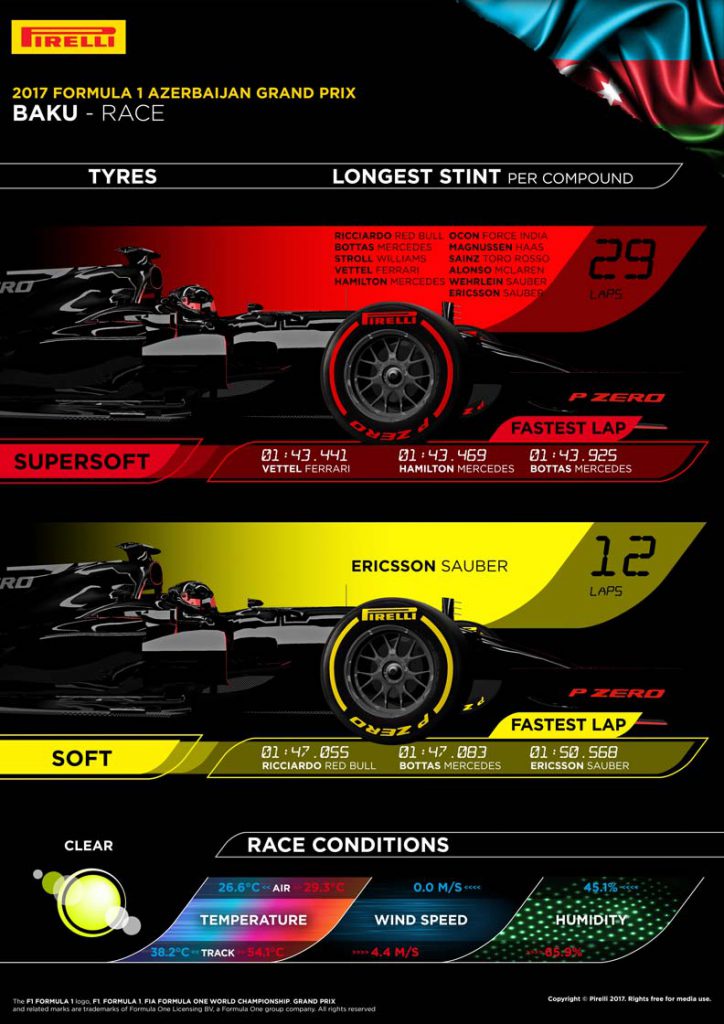